Many have forewarned corruption as the titans of finance more toward institutionalized cryptocurrency, eyeing every new futures contract as a potential to return to the banking practices Bitcoin was created to rise above. 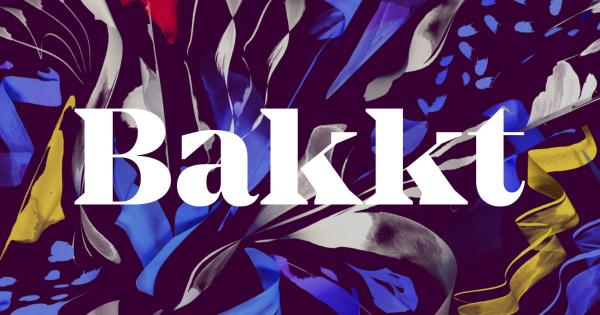 Many have forewarned corruption as the titans of finance more toward institutionalized cryptocurrency, eyeing every new futures contract as a potential to return to the banking practices Bitcoin was created to rise above. However, one institution resisting the trend is Baakt, which revealed that it will not support margin trading for its upcoming Bitcoin contract.

Bakkt, the child company of NYSE-operator InterContinental Exchange, unveiled plans in August to “one day” launch physically delivered Bitcoin contracts as part of its open, global ecosystem for digital assets.

Now, Bakkt CEO Kelly Loeffler has released a post on Medium, seemingly to pacify those who raise eyebrows at the thought of a Bitcoin futures market.

The Marginal Aspects of Margin Trading

Where institutions celebrate the expansion of leveraged crypto trading, proponents of decentralization may bow their heads in disdain.

It can be argued that Bitcoin margin trading—which allows an investor to borrow funds from their brokerage—may encourage exchanges to lend beyond their holdings and, in essence, operate not so unlike the fractional reserve banks that catalyzed Bitcoin’s creation.

The practice has proliferated in recent years, however, and a number of leading exchanges including Bitfinex, BitMEX and Poloniex have offered margin trading for some time.

Bakkt to the Futures

Titled “An Evolving Market,” Loeffler’s post maintains that Bakkt will avoid such practices by fully backing all contracts with Bitcoin. She stated:

“Specifically, with our solution, the buying and selling of Bitcoin is fully collateralized or pre-funded. As such, our new daily Bitcoin contract will not be traded on margin, use leverage or serve to create a paper claim on a real asset.”

According to the chief executive, Bakkt’s “physical delivery” of Bitcoin will make it unlike existing cash-settled futures contracts such as CME Group—which the U.S. Federal Reserve attributed to Bitcoin’s “rapid run-up and subsequent fall in price” in December 2017.

Loeffler also assured readers that their solution will give cryptocurrencies broader exposure while retaining “market integrity.” She claimed:

“Coupled with a secure, regulated warehouse solution, you can begin to see how this market infrastructure can help more institutions and consumers participate in the asset class.”

However, some remain unconvinced that an institutionalized and unadulterated Bitcoin market is possible. One user suggested that the issue is not confined to margin trading or futures alone, but that Bitcoin ETFs are also a cause for concern:

In the not too distant future after ETF's are approved, there will 40-60 Billion claims on the 18 Billion or so Bitcoins at the time. This solves the biggest problem the central bankers and Wall Street have with Bitcoin…scarcity.

Such prophecies are difficult to state with any certainty, but it is clear that the institutionalization of cryptocurrencies poses a double-edged sword.

As holders fantasize about a rushed buying frenzy by the largest players in the industry, crypto die-hards will surely denounce any notion of an “evolving” market—particularly if it means a return to centralization and manipulation.

However effective Bakkt’s solution may be, the fact such an institution is considering this quandary highlights the industry’s frenetic rate of progress.