GitHub, a San Francisco-based open-source code hosting provider, was prevented from providing sanctioned nations, including Iran and Syria, with access to their supposedly open-source services. 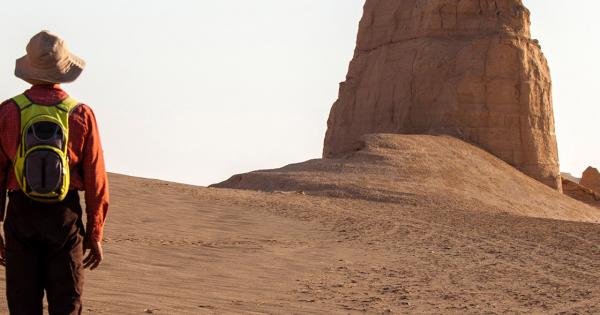 GitHub, a San Francisco-based open-source code hosting provider, was prevented from providing sanctioned nations, including Iran and Syria, with access to their supposedly open-source services. These restrictions highlight the need for decentralized web utilities—like Bitcoin and Ethereum.

Nat Friedman, CEO of GitHub, revealed that the Microsoft-owned web utility provider was compelled to abide by U.S. export laws and block Iranian and Syrian users.

Slack, another now-essential piece of productivity software, also blocked users from Iran on behest of the government.

It is painful for me to hear how trade restrictions have hurt people. We have gone to great lengths to do no more than what is required by the law, but of course people are still affected. GitHub is subject to US trade law, just like any company that does business in the US.

According to Friedman, GitHub’s management enforced various restrictions that prevent users located in sanctioned nations from viewing and contributing to the platform’s private repositories. The GitHub CEO also mentioned that residents from Iran, Syria, and Crimea are not allowed to create private paid company accounts or access the GitHub Marketplace.

However, a statement issued on GitHub’s official website clarified that certain parts of the code hosting platform’s public repositories will remain accessible to all users, regardless of their geographical location. Specifically, repositories associated with open source projects and services for personal communications can still be accessed by everyone.

A Russian computer programmer based in Crimea recently complained that his account had been restricted, according to ZDNet. Another impacted user, Hamed Saeedi Fard, an Iranian application developer, revealed that his account was blocked without prior notice. Fard also claimed that he was unable to back up his data because GitHub allegedly did not provide notice prior to restricting his access.

GitHub blocks or restricts accounts based on a user’s location, which is determined by examining payment history and IP addresses. The code hosting website does not verify user nationality or ethnic background, the service claims.

GitHub’s management also notes that residents of Cuba and North Korea may not be able to access certain repositories, as both nations are facing U.S.-led political and economic sanctions. Moreover, individuals and companies are “prohibited from using IP proxies, VPNs, or other methods to disguise their location when accessing GitHub.com services,” according to GitHub, making it difficult to circumvent these restrictions.

As a centralized platform, GitHub’s owners are able to enforce rules that do not provide equal access to a platform that has become an integral part of the web. As a company incorporated in the U.S., GitHub must follow applicable business laws that have been established by American regulators, even ones that may seem capricious or arbitrary.

China’s government also blocks most mainstream internet services, including Google’s search engine, Gmail, YouTube, Facebook, among many other websites in its effort to enforce nation-wide censorship. Nation-states have become so powerful that they can control and monitor the internet—the one service people take for granted as ‘free’ from control.

Satoshi Nakamoto’s creation, Bitcoin, is the world’s first peer-to-peer cryptocurrency. The protocol introduced a novel network that facilitates transactions that are uncensorable and unconfiscatable. For the very first time in history, sending and receiving value through a payment network does not require the assistance of third parties or approval from governmental infrastructure.

Soon after the release of the Bitcoin blockchain, developers throughout the world began creating their own decentralized platforms. Ethereum took the concept a step further, building an ecosystem that functions as a globally distributed computer. Anyone can run code, or smart contracts, and verify the outcome of that computation.

If implemented properly, these decentralized networks can be impossible to shut down and can stand in the face of both authoritarian governments, like China, or powerful countries, like the United States.

Because they’re not centrally managed by a single company or a small group of individuals, the power and control of decentralized networks, like Bitcoin and Ethereum, is evenly distributed among users. It’s difficult to prevent people from accessing these services. Although a government can make rules that prevent companies from providing services to sanctioned nations, properly decentralized platforms cannot be effectively censored because they’re designed to be permissionless.

In other words, no one controls who can use these services, and thus, it’s impossible to control them.

For example, if GitHub was a permissionless, peer-to-peer network, then those in Iran, Syria, North Korea, and Cuba, for better or for worse, would still have access to these arguably essential services. As a decentralized service, GitHub would not be beholden to the agenda of the United States, or anybody else. This kind of freedom is both concerning and exciting.

Currently, decentralized platforms such as Bitcoin, Ethereum, BitTorrent, Steemit, and Tron are attempting to challenge the existing paradigm of internet services vulnerable to outside control. Cypherpunks and crypto-enthusiasts are optimistic that critical web services will become decentralized, free, and accessible to everyone in the tangible future. Whether this becomes a reality, though, is still in question.