The cryptocurrency markets are not ones to be trifled with. 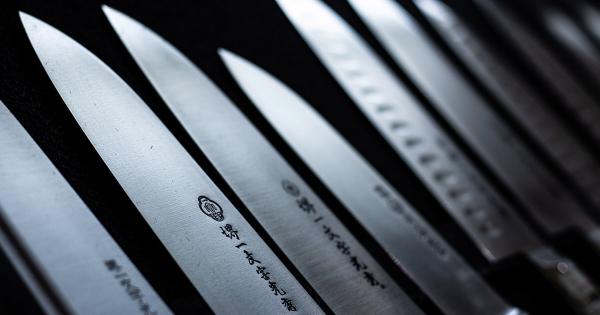 A falling knife is a colloquial term for a rapid drop in the price or value of a security. Photo by Andrew DesLauriers on Unsplash

The cryptocurrency markets are not ones to be trifled with. Insane leverage, double-digit percentage fluctuations in a single session, and the promise of 100x returns on many-an-obscure altcoin lead the masses to throw capital in the market, hoping for “moon” returns at the least and a “Lambo” as the ultimate reward.

But the market takes what it gives.

One fund manager learned it the hard, losing as much as $250,000 on March 12, 2020, a day when Bitcoin fell over 45 percent within hours and came to be known colloquially as “Black Thursday.”

Vlad Matveev, a 50-year-old Moscow resident, is a traditional market investor who turned towards digital assets for multifold returns. He invested funds with Cryptolab Capital, a so-called crypto “hedge” fund that touted a multi-strategy investment approach and double-digit returns for investors.

But events like “Black Thursday” and the coronavirus-induced market volatility caught just about any trading model unaware — leading to investors like Matveev losing 98.5 percent of their principal and left holding pennies. His ordeal with the fund was documented here.

Cryptolab has since folded its trading division. Cambrian Capital, another fund with a crypto-focused division, shut down after the turmoil but cited a shift to advisory services as a reason.

As Financial Times reports, crypto funds lost an average of 26 percent in March. The slump is succeeded only by a similar time in 2015, when Bitcoin-led markets fell almost 15 percent in one day.

Traditional funds fell only 8 percent until March, superseding the returns from the crypto market. However, the latter has risen over 30 percent for an overall positive gain in 2020, turning out as a better “investment” for those capable of handling volatility and drawdowns.

Such returns don’t come easy, however. Ask Dan Morehead of Pantera Capital, who told FT he worked 20 hour days during choppy periods, including “staying in the office until 2 A.M. on March 24.

He explains about the volatility:

Some futures exchanges offer almost insane amounts of leverage. Bitcoin is such high-octane stuff that putting on any leverage is unnecessary.

“Bitcoin is such high-octane stuff that putting on any leverage is unnecessary,” adds the former Tiger Management fund partner.

Pantera is a crypto mainstay. The fund has over $500 in assets and has invested in several crypto companies, including Bakkt, Brave, and Ripple. Despite the technical prowess, it faced a 33 percent drop in March, but since recovered to gain 30 percent overall this year.

A “Bloodbath” across the board

“Black Thursday” was particularly horrific for funds running high-leverage on their trading positions, and even those seeking trend following in the wild-west crypto market. Such strategies, for the most part, reap profits for investors, but uncontrolled exposure and risk increased the risk of demise from “black swans.”

“It’s an understatement to say it’s a bloodbath across the board,” says Edouard Hindi of London-based Tyr Capital. The fund is among those on the right side of the market, banking 11 percent for investors this year.

One part of the allure towards Bitcoin comes from reaping crazy, once-in-a-lifetime type returns. The other, however, is a bit more sinister. As Jones puts it, crypto provides a definite hedge against the “massively” inflated fiat market.