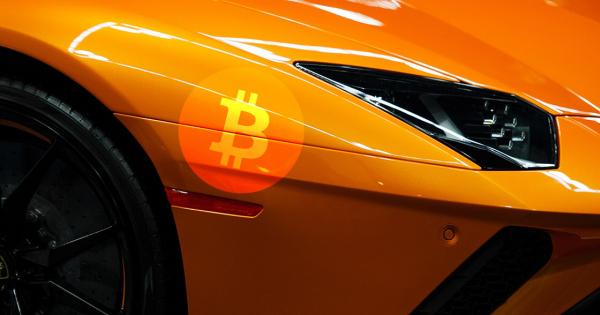 Photo by Yuriy Bogdanov on Unsplash

Consensus 2018 kicked off in grand fashion earlier today. Three Lamborghinis lined the entrance of the conference this morning to make a strategic statement. A New Jersey-based car rental service, Broadway Supercars, placed the luxury cars at the entrance of the gathering to gain attention, and it did just that. Founder of the company, John Nouri, told CNBC:

“We do a lot of this for a lot of companies all the time. It’s an attention grabber. It’s for the people walking in. They all say once you make money in crypto, you buy a lambo. I never made money with crypto but I have ten lambos.”

The first lambo just showed up at #Consensus – pic.twitter.com/FSFXMufuWf

The CEO of Bitmex, Arthur Hayes, showed up in a Lamborghini Huracan.

Did you see my ride today at #Consensus2018 ? pic.twitter.com/qGznsNMgWo

The three-day event held this year at the New York Hilton in Midtown NYC is hosted annually by the media and research company CoinDesk Inc.

Just over 8,000 individuals are expected to attend Consensus this year, which is 1,000 percent more than the attendance back in 2015.

For years, outsiders labeled members of the cryptocurrency community as libertarian ‘oddballs’ attempting to take down the global financial system. This stereotype is far less true this year, as many institutional giants will be present.

Google Trends For Consensus Conference Over The Past 4 Year ?

Consensus 2018 Looks Like It Could Be The Biggest Crypto Event Yet ?#bitcoin #blockchain #btc #Cryptocurrency #Consensus2018 pic.twitter.com/2Dk9oVe19O

The blockchain conference is set to host hundreds of speakers, including FedEx corp. CEO Fredrick Smith, Twitter Inc CEO Jack Dorsey, and Federal Reserve Bank of St. Louis President Jame Bullard. Even Snoop Dogg is making an appearance, as Ripple is hosting a bash that he will be headlining.

Last year, a single Bitcoin was trading around the $2,500 range. Now the world’s first cryptocurrency is worth four times as much. Last year minted a group of cryptocurrency millionaires – hence the Lamborghinis.

While Bitcoin is nowhere near its record high of $20,000 five months ago, Tom Lee, head of research at Fundstrat anticipates that the conference will cause the digital token to rally. Presently, the day of the conference has yet to positively affect the price of the cryptocurrency, but there are still two days of talks left.