Buterin kicked off his tweet storm at the beginning when Ethereum was in its 2014 ideation states. At the time, the lesser-known, but significant, developer Vlad Zamfir was considering an incentive system that required network validators to “put down ‘deposits,’ much larger in size than rewards, which could be taken away for misbehavior.”

Despite his lack of media presence, Zamfir has devoted the lion’s share of his time to building Casper, which Buterin highlighted:

Listing the protocol’s achievements, Buterin noted the threat of “long-range attacks” as a point of discussion with Zamfir. He also said that proof-of-work loyalists argue such attacks are unavoidable with the PoS system–primarily using this argument to dismiss the consensus mechanism. That said, Buterin tweeted:

9. We realized that we could deal with long range attacks by introducing an additional security assumption: that clients log on at least once every four months (and deposits take four months to withdraw), and clients simply refuse to revert further than that.

10. This was anathema to PoW proponents because it feels like a trust assumption: you need to get the blockchain from some trusted source when you sync for the first time.

Buterin added Zamfir’s proposal was initially ignored in favor of a “consensus by bet” write-up, an article which he deemed “unproductive.”

15. I went on a big long, and ultimately unproductive, tangent on a direction I called "consensus by bet": https://t.co/dIdFX0HCpv

Over time, Zamfir highlighted the fallacies in Buterin’s proposal and introduced the latter to a different, “correct-by-construction” school of thought:

20. Vlad decided that traditional BFT was lame (he particularly disliked hard thresholds, like the 2/3 in PBFT and Tendermint), and he would try to effectively reinvent BFT theory from scratch, using an approach that he called "Correct by Construction" (CBC)

At this point, Zamfir’s research set the groundwork for Casper and its Friendly Finality Gadget (FFG) update, which could overlay over any PoS system to add finality guarantees. In those years, Buterin tinkered with various iterations of the Byzantine-fault-tolerant algorithm, heavily focused on block voting mechanisms that later equated to the following article:

27. I managed to simplify PBFT (https://t.co/bvJ0N7PDwq) and translate it into the blockchain context, describing it as four "slashing conditions", rules that state what combinations of messages are self-contradictory and therefore illegal: https://t.co/ch1rcaPLLl

After much simplification of the above proposal, the Casper FFG was formed:

30. I eventually simplified the minimal slashing conditions down from four to two, and from there came Casper the Friendly Finality Gadget (FFG), which is designed to be usable as an overlay on top of any PoW or PoS or other blockchain to add finality guarantees.

Buterin revealed Zamfir and himself lashed criticism at each other’s works and solutions; the two even got into disputes about finding synergy to evade 51 percent attacks. At this time, Zamfir partnered with Georgios Piliouras to estimate the cost of launching a dreaded attack on the Ethereum network:

47. In the meantime, my main criticism of Vlad's model had to do with "discouragement attacks", where attackers could credibly threaten to make a 51% attack that causes everyone to lose money, thereby driving everyone else to drop out, thus dominating the chain at near-zero cost

Following endless arguments, Zamfir and Buterin reached success in their respective frameworks, with the latter addressing the “huge progress” made by FFG in regard to the Ethereum blockchain.

However, Buterin later revealed that that FFG was highly incompatible with Sharding and ESwarm, which were both upgrades to increase network scalability:

53. Unfortunately, development of FFG then slowed down. The decision to implement FFG as a contract made some things easier, but it made other things harder, and it also meant that the eventual switch from EVM to EWASM, and single-chain Casper to sharded Casper, would be harder.

55. In June 2018, we made the fateful decision to scrap "hybrid Casper FFG as a contract", and instead pursue full Casper as an independent chain, designed in such a way that integrating sharding would be much easier.

Not one to back down, Buterin shared that the team focused its research efforts on a compatible hybrid solution in sync with the evolution of the Ethereum blockchain. He then unveiled the idea of Casper’s “beacon chain” solution, which seeks to integrate all PoS protocol.

The Ethereum co-founder ended his 75-tweet long narrative on a forward-thinking note:

75. What's left now? On the FFG side, formal proofs, refinements to the specification, and ongoing progress on implementation (already started by >=3 teams!), with an eye to safe and speedy deployment. On the CBC side, much of the same. Onward and upward! 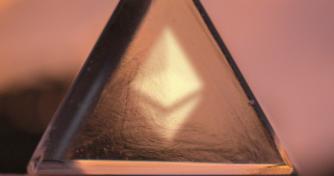 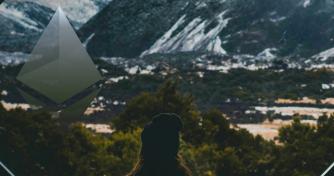