Justin Sun and Tron DAO have made several efforts to help USDD regain its peg. 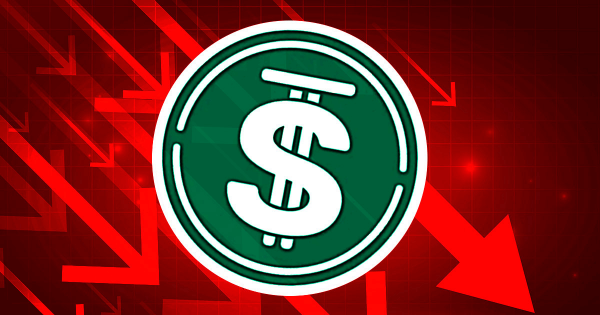 For the third consecutive day, Tron’s blockchain Decentralized USD (USDD) is trading for less than $1.

According to data from CoinGecko, USDD traded for as low as $0.95 within the last 24 hours. The value has since recovered slightly to $0.97 as of press time.

USDD first lost its peg on June 13 amid a broader market decline that saw the market cap of the industry dip below $1 trillion. The sustained capitulation has led to comparison with Terra’s UST, which was also an algorithmic stablecoin; however, analysts have argued that USDD may not suffer the same fate as it is not as big as UST.

The developers announced the launch of mining pools with Curve and  Convex Finance on June 15. The pools offer up to 113.38% APR for staking the coin.

TRX is down too

Tron’s network native token TRX is also one of the worst performers among the top 15 largest crypto assets by market cap.

Per CryptoSlate data, TRX lost over 5% of its value in the last 24 hours, placing it behind only Ethereum, which has lost over 6% of its value within the same time frame.

The poor performance of both assets is coming despite the repeated efforts of their founder, Justin Sun, and Tron DAO Reserve (TDR) to arrest the crash.

Tron DAO Reserve, in its attempt to shore up the poor performance of TRX and USDD, has revealed that it would withdraw 2.5 billion units of TRX from Binance to “safeguard” the industry.

To safeguard the overall blockchain industry and crypto market, TRON DAO Reserve will withdraw 2.5 billion #TRX out of binance.

Tron DAO’s Binance withdrawal could limit the ability of short sellers to open up positions against the token.

As of press time, the reserve has withdrawn roughly 2.1 billion TRX from Binance. The withdrawal appears to be having its desired effect as the token’s value has risen by 2.8% following the withdrawal. However, USDD has yet to regain its peg.