Ukraine has the highest crypto adoption in Europe and fourth globally 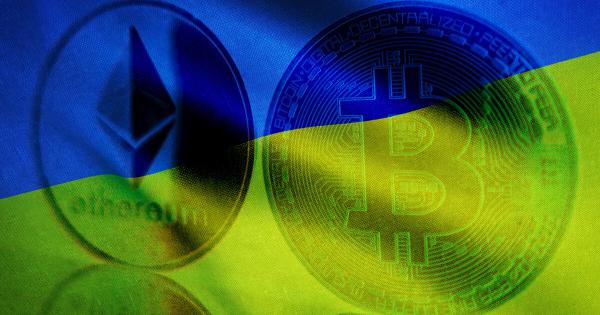 People worldwide are utilizing crypto to send aid to Ukraine in light of the current conflict. The current total stands at a staggering $33 million with donations from Polkadot Founder Gavin Wood, Binance, Uniswap and even a CryptoPunk NFT worth over $200,000. Further information suggests that the Ukrainian government has already converted most donations into fiat through the Ukrainian-founded exchange, Kuna.  However, data from Chainalysis suggests that this isn’t wholly unexpected. As of July 2021, Ukraine had the 4th most significant adoption of crypto per capita. So the Ukrainian people are well-positioned to utilize cryptocurrency during times of financial uncertainty in fiat currencies.

This graphic from Statista makes it easier to visualize the meaning behind the data. Ukraine stands out within Europe as a center for cryptocurrency adoption.

Whilst this information was collated in July 2021, interestingly, the week commencing Feb 21, 2022, saw the highest purchasing volume on Binance for the BTC/UAH (Ukrainian hryvnia) pair in six months. Moreover, the volume compared to the week prior was more than double.

This is not the first time that Ukrainians have fled to cryptocurrency in recent times. In September 2021, whilst Ukraine was celebrating 30 years of independence from the Soviet Union, volume for the BTC/UAH trading pair hit an all-time high. This came after President Volodymyr Zelensky met with US President Joe Biden to discuss Russia and an assassination attempt on one of his top advisers. Unsurprisingly, Russia – Ukraine relations were at their lowest since the invasion of Crimea in 2014, and Ukrainian Bitcoin purchases increased by record numbers.

Ukrainian belief in Bitcoin appears even more resolute as the current spot price of BTC/UAH is at a 7% premium compared to the BTC/USD pair. At the time of writing, the price of Bitcoin on Binance is 1,376,663 UAH ($46,047) compared to the spot BTC/USD price of $43,896. Ukrainians are willing to pay a 7% premium to convert their fiat into Bitcoin. This shows faith in the blockchain space and a need for a method to protect their wealth free from outside intervention. Russians have also been forced to trade Bitcoin at a premium recently. However, the $20,000 premium in Russia is vastly more significant than the BTC/UAH rate.

As the Ukrainian government continues to accept donations from around the world in Bitcoin, Ethereum and Polkadot its citizens are also able to utilise blockchain technology to secure funds even when banks and ATMs are shut down. Those who choose to cross the border to seek refuge in neighbouring countries can transfer crypto from their wallets without outside assistance or need for exchange bureaus.

A salient point was made on Twitter by Nic Carter highlighting one of the significant vantages of digital assets over traditional money for those living through the horrors of war:

Bitcoin doesn't "fix this", obviously, but for individuals leaving in a hurry, the ability to store your life savings on a hardware wallet or a memorized 12 word seed phrase is genuinely transformative. Compare that to banks and ATMs – shut. Digital bearer assets matter.

So when we all get caught up in the next altcoin season or meme coin pump, remember that blockchain empowers millions worldwide to protect their assets during wartime upheaval and against oppressive regimes. Crypto adoption is not just about ‘gains’ it is very much about challenging the status quo and creating opportunities for those less fortunate. The fact that Ukraine has been on the brink of an all-out war since 2014 should leave no surprise that they lead Europe in crypto adoption. When you look at the top 20 countries in the Chainalysis data, many are in areas stricken by war and instability. However, a key difference is that Ukrainians use P2P exchanges much less frequently, with the on-chain retail value being the primary driving force in adoption.

Nation.io has launched a fundraising DAO for Ukraine for those wishing to learn more about getting involved. 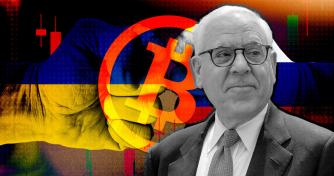 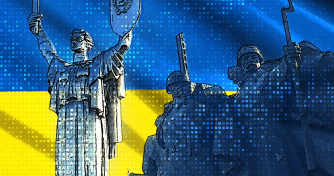