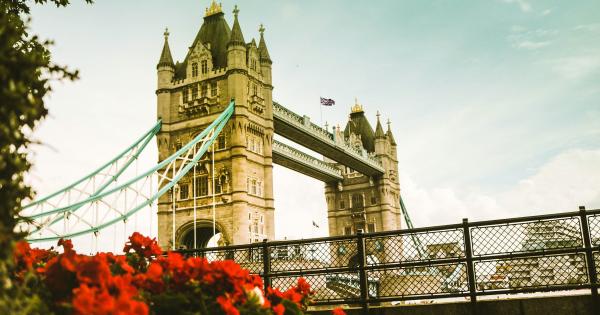 Photo by Nicole Reyes on Unsplash

Despite Bitcoin trading far below its previous all-time high of $20,000, there are more prominent investors, celebrities, and politicians adopting the cryptocurrency than ever before.

This much was made clear when Godfrey Bloom, a U.K. politician that is also an economist of the Austrian school, announced this week that he has purchased Bitcoin, adding to his investments in precious metals.

This past week, Godfrey Bloom, a British politician who served as a Member of the European Parliament for 10 years, announced his support for Bitcoin.

Bloom, responding to a comment from a cryptocurrency investor about the relevance of Bitcoin, said that he made his “first purchases of bitcoin this week.” He added a day later that after a “significant” response to his original tweet, he has decided to spend lots of time following the cryptocurrency.” Bloom asserted that his goal in doing so is to share his experience with his “fellow oldies” to help them “diversify out of fiat currencies.”

I make my first purchases of bitcoin this week.
Gold & silver have I plenty. https://t.co/EPObJZ7Rvk

Bloom’s growing taste for Bitcoin comes in spite of an anti-crypto stance espoused by the Bank of England governor.

Andrew Bailey, the governor of the U.K. central bank, told the BBC in 2017:

“It’s not a currency, it’s actually not regulated in its bitcoin form. It’s a very volatile commodity in terms of its pricing. If you look at what has happened this year, I would caution people. If you want to invest in bitcoin be prepared to lose your money – that would be my serious warning.”

“If you want to invest in Bitcoin, be prepared to lose all your money” warns the head of the Financial Conduct Authority Andrew Bailey #newsnight pic.twitter.com/WRIwYOPCYQ

He reiterated earlier this year that those that deposit money into the cryptocurrency market should be “prepared to lose all their money” due to the perceived risks of investing in this space.

One of many prominent supporters

Bloom is one of many notable individuals to have recently embraced Bitcoin as a potential hedge against macroeconomic trends.

MicroStrategy, an American business services company, accepted Bitcoin in August by deploying some of its cash treasury into the leading cryptocurrency. The company has purchased $425 million worth of BTC over recent weeks, meaning it makes up a majority of its cash position.

Company CEO Michael Saylor has since become a prominent advocate of Bitcoin in interviews and on Twitter.

Saylor, like many other Bitcoin maximalists, think the cryptocurrency is an extremely viable store of value in a world where fiat currencies are being debased.

Months prior to Saylor’s entrance into the Bitcoin space, billionaire hedge fund investor Paul Tudor Jones embraced Bitcoin in a note shared with his clients. He said that the cryptocurrency is more valuable than ever due to unorthodox monetary policies being implemented by the world’s central banks.

Reports suggest the United Kingdom may be en route to dominate the blockchain and cryptocurrency industry and join the ranks of Japan, Germany, and Malta.