TRON Prepares for Mainnet Launch and Competition with Ethereum

Established in July 2017, TRON set out on an ambitious journey to develop a truly decentralized internet. 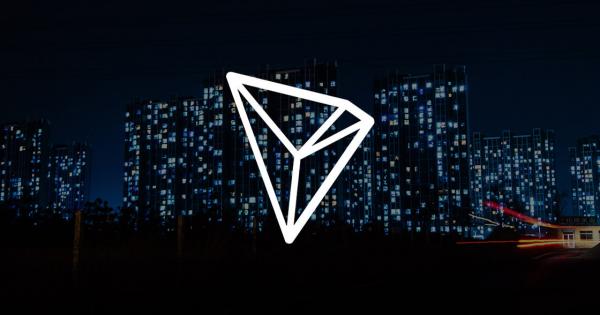 Photo by Tao Yuan on Unsplash

Established in July 2017, TRON set out on an ambitious journey to develop a truly decentralized internet. On May 31, the tenth largest cryptocurrency by market capitalization will finally be launching their mainnet and migrate off of the Ethereum blockchain.

TRON in a Nutshell

Founded by CEO Justin Sun and based in Beijing, TRON garnered significant cryptocurrency media and investor attention as the company that set out to “transform the internet on a global scale.”

In 2017, TRON raised $70 million USD in its ICO and quickly rose to the top 20 global cryptocurrencies by market capitalization.

About one year later, the TRON testnet went live – initiating their separation from the Ethereum network and launching the migration of over 30 million TRON users over to their native platform.

TRX is currently ranked the 10th largest cryptocurrency in the world and has a current market capitalization of $5.31 billion USD.

The Great Usurper – From Ethereum to TRON

As one of the main challengers to Ethereum, TRON aims to create a more efficient, developer-friendly platform for dApps that is not encumbered by scaling and maintains high throughput as a blockchain-based operating system.

The first major reveal to the mainnet launch announcement is TronVM v.0.1, which is planned for release on May 25, 2018. According to the official announcement by CEO Justin Sun:

“…TronVM uses a VM Adapter that will enable complete compatibility with the Ethereum VM. All Ethereum developers will be able to use an adapter to migrate seamlessly from Ethereum dApp projects to TRON.”

To offer greater incentive to migrate, Sun even hinted at a rewards program benefiting those that transition from the Ethereum to TRON platform.

Naturally, this received a hilarious response from Vitalik Buterin:

The Mainnet Has Arrived

Titled Odyssey 2.0, TRON’s mainnet will be launched officially on May 31.

The official announcement outlines several improvements to the TRON platform that put it at an advantage over competitors like Ethereum – resolving issues with stability, scalability, and efficiency through:

“Since TRON is Java-based and provides a developer-friendly environment, the industry will be able to break away from Ethereum and its low-efficiency, congestion-prone network, high fees, and steep learning curve. We will open the doors to a new cryptocurrency stage focused on scaling and commercialization, providing next generation infrastructure and express lanes needed for global dApp development.”

The Future of Tron

From Jun 1-24 following the mainnet launch, TRON will undergo a test phase to prepare for the genesis block of the official mainnet launch on June 25.

On June 26, 27 select Super Representatives will vote on 30 million TRON users’ behalf in an election to determine the future of the network’s governance structure.

As the vanguards to the mainnet platform, 20 startup teams will be building on the new dApp ecosystem and publish their “apps for desktop, website, hot/cold wallets for mobile, and blockchain explorers” by June 5th.

In realizing their initial and ambitious goal to create a truly decentralized internet, TRON is making solid strides. Expressing his optimism for the future of TRON, Justin Sun ended his announcement by saying:

“The road ahead is a long one, but we will achieve our goals one step at a time. 2018 is just the beginning.”