Samsung’s Developer Conference 2019 is underway in San Jose, California, where the mobile giant  is outlining its future plans and some of its forthcoming products. 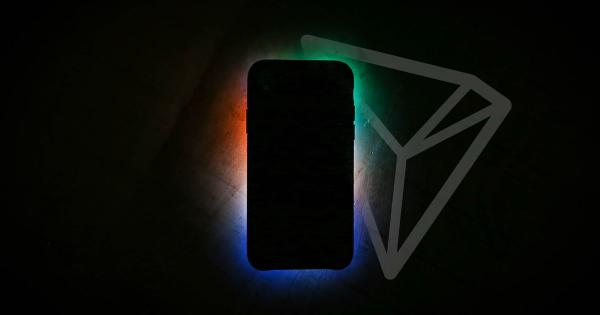 Samsung’s Developer Conference 2019 is underway in San Jose, California, where the mobile giant  is outlining its future plans and some of its forthcoming products. Among other announcements, like its new foldable flip phone design, Samsung is including some more news that is likely to delight cryptocurrency users and enthusiasts.

TRON, one of the most popular blockchain platforms for DApp users, is integrating with Samsung Blockchain Keystore.

The announcement came as TRON founder and CEO, Justin Sun, is scheduled to give a keynote presentation at the conference. It represents a significant opportunity to bring blockchain technology to the masses.

Mr. Sun appeared on stage on Samsung’s conference on Wednesday, Oct. 30th, to profile the new endeavor, which he teased in an October 25th tweet, noting that “TRON will partner with a hundred billion USD megacorporation next week.”

#TRON will partner with a hundred billion USD megacorporation next week. It will not only benefit $TRX but all TRC10&20 tokens including $BTT & $WIN etc. It will broadly distribute #TRON Dapps and tokens to billions of customers. TBA. Make a guess?

The blockchain platform’s integration with Samsung’s Blockchain Keystore places its DApp ecosystem directly in the hands of millions of mobile users. Blockchain accessibility has been a big theme in 2019, as prominent projects strive to scale their initiatives by making their products available to a broad user base.

In this case, Samsung devices will be able to access TRON’s mobile wallet and blockchain, which includes a large and fast-growing DApp cohort of more than 611 different products.

In an October 29th statement, Justin Sun, noted the importance of this priority, saying:

“This is a remarkable milestone for TRON, and I’m thrilled to have this opportunity to work with Samsung. We are totally in line with and will support Samsung’s vision and strategy on blockchain technology exploration.”

Recently, TRON has made a series of significant moves that all highlight this same trend. For instance, in late October, TRON announced that its wallet would integrate with Opera Browser, a crypto-friendly web browser with more than 350 million users.

Still, few platform partnerships offer exposure on par with Samsung, which could help bring blockchain technology to the masses in a tangible way. It’s part of a broad strategy for both Samsung and TRON that’s geared toward developing and providing the next-generation of mobile-friendly products.

Samsung is one of the top mobile providers in the world, and its flagship Galaxy smartphone is broadly considered one of the top competitors to Apple’s iPhone and Google’s Pixel.

In March 2019, Samsung made an effort to further differentiate its products by creating a pathway for blockchain integration directly on its devices. The result, Samsung Blockchain Keystore SDK, brings decentralized applications directly to the palm of peoples’ hands.

Currently, this equips users to, among other things, create a cold storage wallet and key and to confirm and sign cryptocurrency transactions.

In addition to Bitcoin and Ethereum, TRON joins Klaytn on a shortlist of platforms that are integrating with Samsung’s program.

More details will certainly become available in the days and weeks ahead, but for now, it’s noteworthy that blockchain technology isn’t just discussed at its own conferences. It’s making the main stage of large tech gatherings.

This is undoubtedly exciting for TRON supporters, and it reflects a broader shift toward integration, accessibility, and usability that is shaping blockchain development this year.