Prominent analysts believe that Bitcoin’s fate will depend on how it performs during the ongoing financial crisis, but on-chain metrics reveal that there is significant resistance ahead. 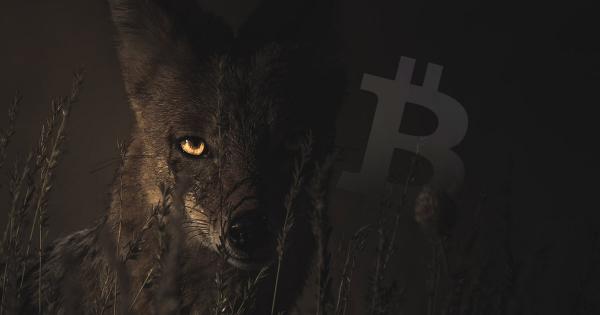 Prominent analysts believe that Bitcoin’s fate will depend on how it performs during the ongoing financial crisis, but on-chain metrics reveal that there is significant resistance ahead.

Bitcoin is on the verge of failure

Many are wondering what is going to happen to Bitcoin now that President Donald Trump signed into law a historic $2 trillion stimulus package that is designed to alleviate the havoc that the COVID-19 pandemic has wreaked on the financial markets.

45-year trading veteran Peter Brandt, for instance, believes that this is the perfect time for the flagship cryptocurrency to thrive. Brandt maintains that if BTC cannot emerge as a safe haven asset and rally during the ongoing economic turmoil, then it will be in “BIG trouble.”

Although multiple prominent analysts have argued that there is a 72 percent likelihood Bitcoin will burst past $10,000, data from IntoTheBlock reveals that such an upward movement will not be easy.

Based on the Global In/Out of the Money model, there are 3.2 million addresses that obtained 2 million BTC at an average price of $6,750. This cluster of holders can be considered as a relatively strong resistance zone in the event of an upswing.

The most significant supply barrier ahead of Bitcoin, however, sits between $7,600 and $9,700, where nearly 6 million addresses are holding roughly 4 million BTC.

While Bitcoin’s fate remains uncertain, IntoTheBlock pointed out that demand for it could be fading away. The Futures Volume model shows that there has been a significant decrease in daily trading volume across the top crypto derivatives platforms.

“Even though the price of Bitcoin hasn’t moved much over the last week, the Futures Volume for Bitcoin is currently at its 7-day low with only $653 million. This number represents a 90 percent decrease against March 12, when the daily volume reached $6.39 billion.”

A similar pattern can be seen in the number of open interest, which represents the total amount of outstanding investor positions. Indeed, open contracts have continued plunging from $1.76 billion in late-February, to $149 million yesterday. This represents an 85 percent decline and the lowest point in the past month, according to Rodriguez.

Despite the significant drop in trading activity that Bitcoin has experienced, the amount of incoming fiscal and monetary stimulus will certainly have an impact in the cryptocurrency market, affirmed Bitcoin guru Davinci Jeremie.

The analyst explained that since the market functions as a discounting mechanism, market makers are going to move the price of Bitcoin further. The idea behind pushing BTC up is so that those people who the Federal Reserve is going to hand out money to can buy at a higher price, said Davinci.

Time will tell whether the flagship cryptocurrency will trade above $7,000 or below $6,000 first, which will determine where it is headed next.