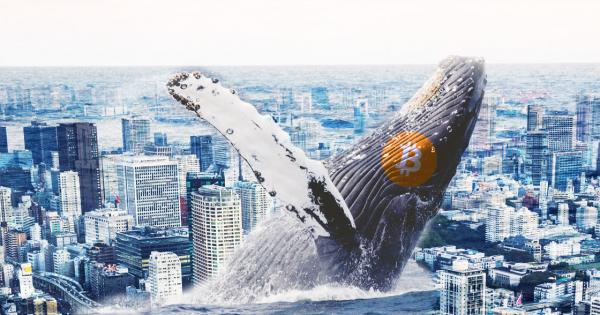 Photo by Thomas Kelley on Unsplash

The skittish cryptocurrency market has moved further into the red today as several factors, including South Korean regulatory action, test the stress tolerance levels of market participants. One of the key drivers behind recent negative price movement is the actions of the Mt Gox bankruptcy trustee Nobuaki Kobayashi, who appears to be preparing for another massive sell-off.

The ongoing Mt Gox bankruptcy has captured a significant amount of negative attention from the cryptocurrency community in the last year, with many market participants pointing to the manner in which Kobayashi is liquidating the remaining crypto holdings of the now-defunct platform as the catalyst for dramatic price fluctuations.

Earlier this year, the Mt Gox trustee moved 16,000 BTC, worth around $141 million, from cold storage wallets. The move sparked intense speculation, with many crypto investors and traders fearing an impeding Bitcoin price destabilization should the tokens be dumped on the market.

While the 16,000 BTC transaction that occurred in late April this year appeared to have no significant impact on the market, a more recent move from the Mt Gox trustee has resulted in a relatively large effect. Over 8,000 BTC were moved in the early hours of May 10th, with a significant dip occurring directly after.

The recent Mt Gox Bitcoin transaction has alerted the cryptocurrency community, with many market participants criticizing Kobayashi for his purported irresponsibility in disposing of the defunct exchange’s remaining assets.

Kobayashi has denied affecting the market price of Bitcoin through his actions in an Mt Gox creditors meeting earlier this year, stating that while he has been liquidating Bitcoin, sales were conducted outside of exchanges:

“I sold BTC and BCC from December 2017 to February 2018 with the cooperation of a cryptocurrency exchange in light of the market price at the time of the sale. Following consultation with cryptocurrency experts, I sold BTC and BCC, not by an ordinary sale through the BTC/BCC exchange, but in a manner that would avoid affecting the market price, while ensuring the security of the transaction to the extent possible. The method of sale of BTC and BCC was approved by the court as well.”

While Kobayashi states that sales have been conducted via OTC avenues, it’s entirely possible for buyers to dump the tokens on exchanges subsequent to purchase. The high-profile nature of the Mt Gox bankruptcy, combined with the large amount of Bitcoin the trustee now manages, makes the movement of Mt Gox Bitcoin a point of concern for many crypto traders and investors.

Mt Gox still holds a large amount of Bitcoin — according to publicly available blockchain data, Mt Gox wallets still hold a balance of 137, 891 BTC. The total value of these holdings now exceed the amount owed to Mt Gox credits — Kobayashi is thus tasked with liquidating the assets on behalf of creditors.

In September 2017, Kobayashi confirmed that, under Japanese bankruptcy laws, the remaining assets of the bankrupt exchange — worth $550 million at the time — would be distributed amongst Mt Gox shareholders. Under Japanese law, however, the value of the Bitcoins owed to creditors would be capped at $483 per token — the vale of the tokens at the time of bankruptcy in 2014.

A group of creditors, unsatisfied with this outcome, have petitioned for a “civil rehabilitation” of the organization, which is currently pending before the Tokyo District Court. Should the petition succeed, the subsequent distribution of assets would see creditors reimbursed at current market rates, marking the first time that a business is “rehabilitated” after abolishment under Japanese law.