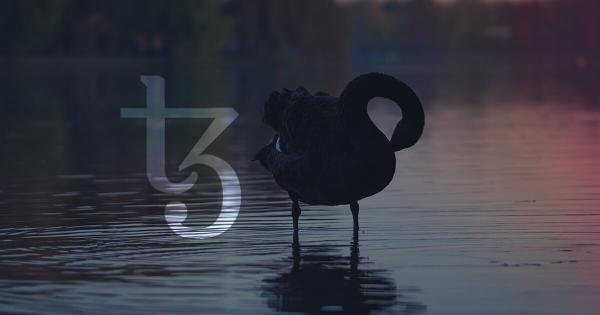 Although the crypto has shown some signs of technical strength throughout the past few days and weeks, analysts are noting that the crypto is only a hair above a key level, with a dip below this potentially putting a firm end to its recent upswing.

This comes as some investors question to mid-to-long term outlook of the blockchain, due to one of the blockchain’s original developer claiming to have some serious concerns about the platform.

Her concern, which revolves primarily around two key aspects of Tezos’ ecosystem, could prove to be the proverbial black swan that stunts the crypto’s long-term growth.

Tezos sees strong price action, but it could soon be invalidated

Tezos has seen a notable price rally throughout the past several days, climbing from weekly lows of $1.60 to highs of nearly $2.20 – which is the point at which the crypto lost its momentum and declined slightly.

In the near-term, analysts are noting that the crypto’s ongoing uptrend could be invalidated if it moves under $2.00.

“XTZ: Cut my exposure in half and moved up my stops to just under $2. If we go under $2 again, I think that’s it for this move.”

Although Tezos may be flashing some subtle signs of weakness as it trades just slightly above a key level, it is important to note that its long-term outlook may also not be as bright as some traders believe it to be.

The primary thing casting some doubt on the crypto’s macro outlook is one of the original developer’s remark about having “a lot of concerns about the platform” in a recent Reddit comment.

Kathleen Breitman, who built Tezos with her husband Arthur Breitman, shared this shocking comment while explaining that she isn’t sure about launching her blockchain-based card game on the blockchain, further citing concerns about it not having a stablecoin or decent wallet yet.

“We’ve prototyped on Tezos but…it’s not obvious that Coase would launch on Tezos… Candidly, I have a lot of concerns about the platform and an obligation to my investors to make sure that we choose the right one for the game.”

Su Zhu, the CEO and founder of Three Arrows Capital, recently referenced a report about her comments in a recent tweet, echoing her concerns about XTZ not having a stablecoin or good wallet.

“Why doesn’t XTZ have a good wallet or stablecoin yet? I get that it has good pumpamentals…”

It is, however, possible that its strong “pumpamentals” will be enough to catalyze further upwards momentum in the long run.