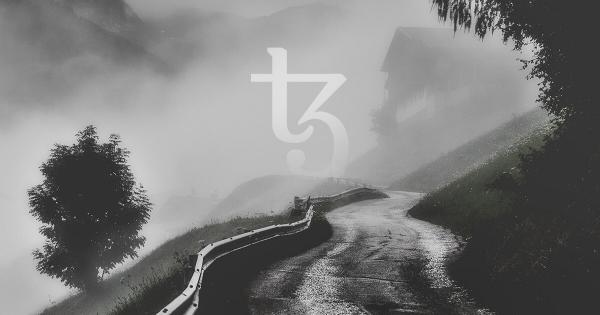 It was not, however, able to avoid the intense market-wide bearishness seen throughout the month of March, with the downwards tailwind created by Bitcoin’s decline leading XTZ to plunge well over 50 percent from its recently established highs.

It is important to note that the cryptocurrency has shown some signs of fundamental growth throughout the past month, with the Tezos Foundation moving to settle all of the class action lawsuits that had been looming over them ever since the XTZ ICO in 2018.

Per a recent update directly from the Tezos Foundation, the development group behind one of the largest ICOs in history, they are now moving to enter a settlement with all of the class action lawsuits that they faced as a result of their 2018 Initial Coin Offering.

The settlement of these lawsuits – should they be approved by a court – may bolster XTZ from a fundamental perspective, as it will temporarily put to rest claims that the crypto is an unregistered security.

The Foundation notes that they believe the settlement of these lawsuits is in the best interest of the Tezos project and community, citing them as being a costly distraction.

They further claim that the lawsuits against them were “meritless” and they continue to deny any wrongdoing, and it is possible that this move will help boost investor’s confidence that the project won’t run into any regulatory issues in the near-term.

XTZ may be fundamentally strong, but it’s still showing signs of technical weakness

Teddy – a prominent cryptocurrency analyst on Twitter – explained in a recent tweet that he believes investors will soon be able to “scoop up [Tezos] at a major discount” due to the degradation of its current support.

“XTZ: Religiously monitoring this… Testing, testing and retesting this support. Hopefully it is getting increasingly weaker – would love to scoop up some at a major discount. In my opinion one of the first to move once the market stabilizes.”

If Tezos does see a significant near-term decline, it is possible that its strengthening fundamentals will make the downwards movement short-lived.