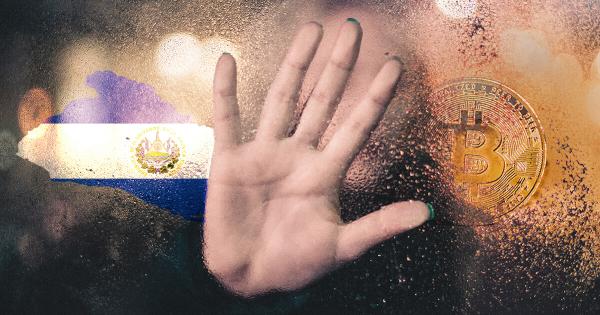 The World Bank has refused to assist El Salvador with integrating Bitcoin into its financial infrastructure, a report on Reuters said today.

The Central American country made history last week as it passed a bill making Bitcoin legal tender. However, since then, several authorities, including the IMF, have poured cold water on the idea.

With the World Bank also shunning Bitcoin, it’s clear that global governments are not on board with financial freedom.

The World Bank says no to Bitcoin

The World Bank said it would not help El Salvador’s implementation of Bitcoin due to the “environmental and transparency shortcomings” of the leading cryptocurrency.

A World Bank spokesperson confirmed that the organization remains committed to supporting El Salvador in many ways for currency transparency and regulation. But that offer doesn’t extend to assisting with Bitcoin implementation.

“While the government did approach us for assistance on bitcoin, this is not something the World Bank can support given the environmental and transparency shortcomings,” the spokesperson said.

The response came about as El Salvador’s Finance Minister Alejandro Zelaya contacted the World Bank to implement Bitcoin as a parallel currency to the dollar.

Zelaya, or his colleagues, have not made a public response to the World Bank’s decision.

However, several prominent Bitcoin advocates have voiced their opinion on the matter. Anthony Pompliano implied a cynical motivation by saying: “CORRECTION: The World Bank hasn’t figured out how to make money off Bitcoin.”

CORRECTION: The World Bank hasn’t figured out how to make money off bitcoin. https://t.co/Cjh3A254Cb

Whereas Max Keiser, true to form, continued with profanities to express his thoughts on the matter. Even accusing the World Bank of complicity with financial inequality.

“Hey World Bank, you and the IMF, you can go f*ck yourselves You financial arsonists and terrorists *caused* the problem – now #Bitcoin is going to fix it.”

Whistleblower sounds the alarm on the World Bank

The World Bank is a global financial organization made up of 189 member countries that provide loans and grants to impoverished countries for capital projects.

It has two goals, to end poverty and promote shared prosperity in a sustainable way.

However, in 2006, a four-month investigation by the Government Accountability Project highlighted corruption at the World Bank.

The report estimates that more than 20% of the loans they gave, around $4 billion, are tainted by corrupt practices.

Investigators also uncovered various other problems at the organization, especially related to stemming internal investigations. For example, a structure that discourages the reporting of corrupt practices with punishment for whistleblowers.

Although this report is 15 years old, it still highlights the lack of accountability at high-level inter-governmental bodies.