The Winklevoss Twins think Bitcoin will hit $500,000 over a long period of time 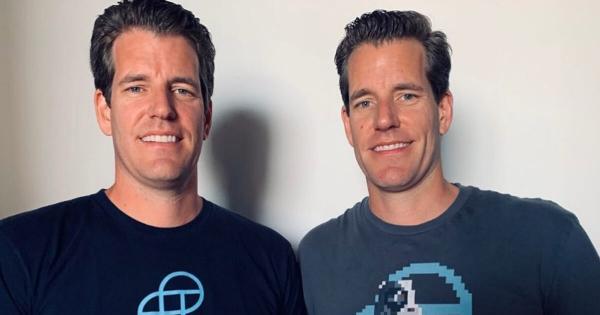 By most analysts’ interpretations of the Bitcoin price chart, the cryptocurrency market is in the early innings of another bull trend. The last one took BTC from approximately $300 to $20,000; the one before that took the leading cryptocurrency from mere dollars to $1,300.

While Bitcoin is much more mature than it was in these previous cycles, with derivatives and short interest that should reduce volatility, the Winklevoss Twins think that Bitcoin will still see an explosive rally to the upside.

Tyler Winklevoss and Cameron Winklevoss, the co-founders of Gemini and long-time Bitcoin investors, think that BTC could hit a price of $500,000 in this market cycle or at least in the future. They even mentioned a potential price target of $600,000 and beyond, discussing how there may be companies and central banks that truly convert their reserves over to BTC, resulting in inflows never seen before.

Bitcoin moving past $500,000 would mean that BTC’s market capitalization surpasses the value of all gold in circulation.

Their bull case came down to inflationary pressures that are seemingly imminent due to the creation of trillions of dollars to offset the economic impact of the pandemic:

The duo thinks that BTC is intrinsically better than the precious metal, having a fixed supply, a digital base, is basically infinitely divisible (with Lightning), and is not expensive to hold in and of itself.

The U.S. dollar is no longer a reliable store of value. @winklevoss and I make the case for $500K #Bitcoinhttps://t.co/scnBM5DcIn pic.twitter.com/0ehHOy29T6

Others agree with the bullish sentiment

The Winklevoss Twins aren’t the only prominent investors predicting this path of growth.

As reported by CryptoSlate previously, Raoul Pal, the CEO of Real Vision and a Wall Street veteran, thinks that BTC rallying 5,000 percent this cycle is feasible. “Overall, I think Bitcoin outperforms gold,” he said, going on to add that “gold can go up 2x or 3x or even 5x while bitcoin can go up 50x or even 100x.”

Pal’s optimism was mainly focused on Jerome Powell’s comments this week. This week, the head of the Federal Reserve revealed that the central bank may allow inflation to slip above the two percent limit/target that has long been the goal.

“Most people don’t understand the latter but is simply put, Powell has shown that there is ZERO tolerance for deflation so they will do ANYTHING to stop it, and that is good for the two hardest assets – Gold and Bitcoin. Powell WANTS inflation.”

I know bitcoin and gold are selling off right now and may go further but with Powell today, it tells you they have no desire to raise rates and a skewed desire to print more. That plays to the inherent upside skew in both assets.

I think they both rise over time in inflation 1/

Others that have discussed such a high valuation for BTC include Mark Yusko of Morgan Creek and long-time BTC proponent Max Keiser.