The richest in South Korea are actively investing in crypto, showing big interest

A subsidiary of SK Group, one of the largest conglomerates in South Korea that operates the nation’s biggest telecommunications company SK Telecom, is set to invest in a crypto fund created by ConsenSys. 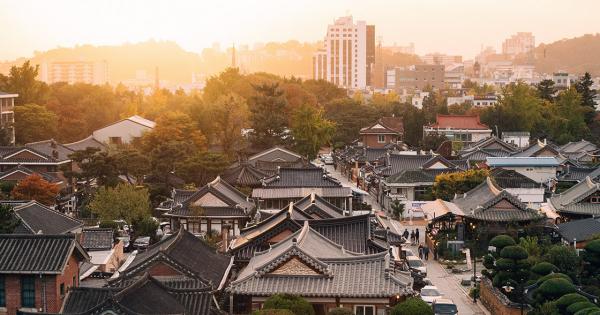 A subsidiary of SK Group, one of the largest conglomerates in South Korea that operates the nation’s biggest telecommunications company SK Telecom, is set to invest in a crypto fund created by ConsenSys.

It’s not a sudden spike in crypto interest

Leading corporations in South Korea have consistently invested in the crypto sector throughout the past year by establishing various ventures and funds.

Samsung Electronics, for instance, integrated a crypto wallet in the form of Samsung Blockchain Wallet into its flagship Galaxy S10 device and has been manufacturing chips for bitcoin mining since 2018.

According to local reports from mainstream media outlets such as Chosun, the decision of SK to invest in the crypto fund of ConsenSys indicates a high level of interest towards crypto by Chey Tae-won, the billionaire chairman of SK Corporation.

Chosun reported that Chey, the seventh wealthiest individual in South Korea, recently attended the SparkLabs Demo Day 2019 and said that he is interested in blockchain technology and the tokenized economy.

When Lubin, the CEO of ConsenSys, visited South Korea in early May, Chey is said to have held a personal meeting with Lubin.

“It is a struggle to solve the integration process of new technologies in allowing a traditional sector to move to a digitalized ecosystem. Blockchain technology and tokenized economy can evolve independently and digital technologies like these will largely contribute to the growth of SK and startups,” said Chey.

The exact amount of capital SK will commit to the crypto fund of ConsenSys remains unclear but local reports have cited $90 million as a potential figure.

A subsidiary of SK called SK Planet previously led several investments in crypto startups in South Korea including Korbit, which eventually evolved into the third biggest crypto exchange in the local market.

Korbit was later acquired by NXC, the multi-billion dollar parent company of game development firm Nexon at a valuation of around $120 million.

Since mid-2018, a growing number of conglomerates in South Korea have noticeably vamped up their efforts to establish their presence in the cryptocurrency sector.

The country’s most influential internet corporation Kakao, which has a market share of over 90 percent for some of its key products such as KakaoTalk, has created a blockchain project called Klaytn and in April, local publications reported that Samsung is close to developing the mainnet of its cryptocurrency.

“Currently the company is considering a private blockchain with a B2B approach but nothing is set in stone. In the long-term, the company could shift to a public blockchain but as of now, the company is likely to go with a public and private hybrid-type blockchain,” a source told CoindeskKorea, a crypto publication operated by mainstream media outlet Hankyoreh.

Following the brutal correction of bitcoin during which the price of the dominant crypto asset plunged from nearly $20,000 to $3,150, local analysts said that it would take a long time for individual investors to recover from the abrupt crash.

Growing efforts of chaebols, a term used to describe the wealthiest families in South Korea, could contribute to the recovery of the confidence of local investors over the long term.