UPbit, the largest crypto exchange in South Korea, was the only exchange to record a profit in 2018. 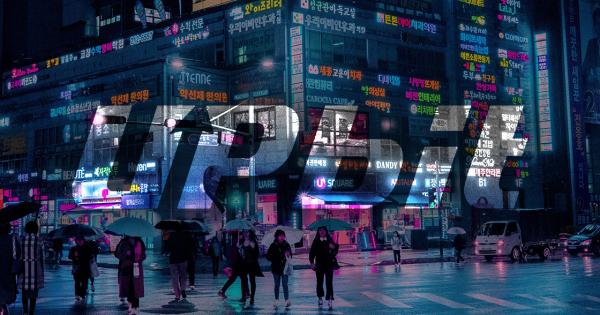 UPbit, the largest crypto exchange in South Korea, was the only exchange to record a profit in 2018. UPbit is operated by Dunamu, a company heavily invested in by Kakao—one of the most influential internet conglomerates in South Korea.

Every other major exchange recorded a substantial net loss, primarily due to the burst of the retail bubble in late 2017, which saw the price of Bitcoin plummeted below $7,000 from highs of $20,000 within two months.

The Bitcoin price hit $24,360 on UPbit due to the Kimchi premium (source: upbit.com)

The conditions of the crypto market in South Korea was one of the catalysts of the bullish market from December 2017 to January 2018. During which volumes on many of the leading crypto exchanges surpassed the billion-dollar mark.

In South Korea, tight monetary policy restricted how much Korean Won individuals and businesses could withdraw from the country. The controls made crypto arbitrage difficult as international sellers would need to tie-up their capital in the country to trade effectively.

As a result, the country experienced a consistent premium on cryptocurrencies, especially as demand surged. Colloquially known as the “Kimchi Premium,” a single Bitcoin sold for $24,000 while it was trading for $20,000 in the rest of the world.

However, crypto exchanges suffered as volumes fell following the abrupt drop in the price of Bitcoin from over $20,000 to $6,500 in two months.

Minor exchanges were forced to cease operations due to cash flow problems and even large platforms like Bithumb, Korbit, and Coinone saw a noticeable decline in revenues. Bithumb ended 2018 with an annual net loss of $175 million, Coinone a net loss of $5 million, and Korbit a net loss of $40 million.

UPbit was the only exchange in the crypto exchange market of South Korea to record a profit, coming in at a staggering $120 million in 2018.

Reputationally, UPbit has had an edge over both major and minor crypto exchanges in South Korea due to its indirect involvement of Kakao.

With heavy backing from Kakao, Dunamu operates Kakaostock, one of the major stock brokerage platforms in South Korea. Following the market crash, many retail investors lost substantial portions of their investments, tarnishing the reputation of crypto in the country.

However, UPbit’s improved access to Kaoakotalk—which is used by 50 out of 55 million people in South Korea, and other dominant platforms such as Kakaotaxi, Kakaopay, and Kakaostory—has been critical to the exchange for retaining its userbase.

According to local publication The Bell, apart from the popularity of UPbit as a leading crypto exchange platform, there exists another key reason behind the success of the exchange during one of the most brutal corrections in the history of the market.

Dunamu is the only crypto exchange in South Korea that accepts trading fees solely in the South Korean won.

Other exchanges generate revenues through trading fees that are typically stored in cryptocurrencies. For instance, if a trader sells a certain amount of Bitcoin, the fee that occurs from the trade is received and stored in Bitcoin, not in South Korean won.

The report of The Bell translated by CryptoSlate reads:

“The main reason behind UPbit’s ability to solely record a large profit in 2018 is its mechanism of generating revenues from trading fees. Bithumb and other exchanges accept both the won and cryptocurrencies as trading fees, but Upbit only accepts the won. UPbit directly manages cryptocurrencies that are traded against the won (such as Bitcoin and Ethereum) and crypto-to-crypto trading is conducted through Bittrex, its partner exchange.”

However, such a system is not practical for stability, especially if the market is in a downtrend.

As Fundstrat Global co-founder Thomas Lee explained, Bitcoin and the rest of the crypto market tend to move by cycles.

Holding trading fees generated by trades in cryptocurrencies could drastically increase the profit margin of companies if the crypto-assets surge in value. At the same time, it exposes the same companies to an enormous amount of volatility.

In May 2018, for instance, local reports revealed that Bithumb recorded an operating income of nearly $170 million in the first quarter of 2018 from total revenue of about $200 million.

Operating income accounted for 85 percent of the company’s revenues, demonstrating a high level of profitability that large-scale corporations in other industries struggle to see.

However, in spite of the staggering $170 million in operating income the company recorded, Bithumb reported a net loss of $45 million for the quarter due to the abrupt decline in the price of bitcoin.

Because Bithumb held onto trading fees generated by trades in bitcoin and other cryptocurrencies, it suffered a large net loss as the value of the cryptocurrencies fell.

A Bithumb representative said at the time:

“Although profits from trading fees rose substantially due to productive operations compared to the previous year, the company recorded a large net loss as a result of the decline in the value of cryptocurrencies held by the firm… Bithumb showed strong performance in the first quarter as the value of cryptocurrencies hit record highs but the industry has demonstrated signs of struggle as trading volumes declined.”

In the future, it remains uncertain whether exchanges would continue to hold trading fees in crypto given the high volatility of the class. As cryptocurrencies mature, volatility is expected to decline.

Given the success of UPbit and the operational stability of the company, more exchanges are expected to follow its lead, at least for fiat trading pairs.

How are other markets looking?

Although crypto exchange behemoths like Coinbase and Binance recorded relatively large profits in 2018, their margins did not meet the expectations of investors.

Binance, the biggest crypto exchange in the global market, brought in $446 million in profits in 2018, but it also failed to meet the expectations of its CEO Changpeng Zhao.

The struggle of exchanges in 2018 is largely attributed to the unforeseen 50 percent drop in the price of bitcoin in the last quarter of the year wherein bitcoin reached its bottom at $3,150.

Hence, while exchanges failed to meet the expectations of investors, generating over $100 million in profits in a 16-month bear market was still a positive indicator for long-term growth.

Moreover, considering that the crypto exchange market of South Korea is much smaller than the U.S. market in terms of volume, UPbit’s $120 million profit could be acknowledged as a testament to the firm’s stable management.

Speaking to FT, billionaire investor Michael Novogratz said that 2018 was difficult even for Galaxy Digital, whose shares dropped 37 percent following the sharp correction of the crypto market.

“2017 was just fun, it was almost stupid. This year has been challenging. It sucks to build a business in a bear market.”

As the crypto market recovers and prices of major crypto assets begin to climb, volumes on exchanges are expected to rebound and lead to an overall increase in revenue.

Year-to-date, the bitcoin price has climbed 135 percent against the U.S. dollar with other crypto assets like Ethereum and EOS also recording gains of over 100 percent.