Two more unscrupulous cryptocurrency scams were eliminated by Texas securities regulators. BitQyck and its bitqy token, and My Crypto Mine and its mining and investment activities, were both fraudulent projects operated to deceive the public and steal funds from investors. The perpetrators behind both scams were caught and prosecuted by The Texas Securities Board Enforcement Division.

During the hype of 2017 and early 2018, dozens of fraudulent projects and ICOs cropped up to take advantage of investor mania. Some of these projects had nonfunctional websites, incoherent business plans, and non-existent credentials. Nonetheless, these ICOs were able to raise millions.

One such scam, the Bitconnect ponzi scheme, was at its peak worth $600 million by market capitalization. The scam lasted almost two years before collapsing, leaving investors in the lurch.

Because of the hard-to-trace nature of cryptocurrency, fraudsters have been able to slip away with hundreds of millions of investor funds.

That said, the Securities and Exchange Commission and the Texas Securities Board have been ramping-up enforcement action. The SEC recently dropped the hammer on two unregistered ICOs and pressed charges on the founder of the decentralized exchange EtherDelta.

Meanwhile, the Texas Securities Board has launched hundreds of investigations since 2017 following a state-wide sweep of malicious cryptocurrency projects.

Recently, the Texas agency issued an Emergency Cease and Desist Order against My Crypto Mine and its founder Mark Royer. The company, purportedly a cryptocurrency mining and trading operation, was defrauding investors of tens of thousands.

BitQyck Inc. was a cryptocurrency startup founded on the “principles of integrity, honesty, and management experience.” The company issued an ICO for a coin called bitqy.

The company was founded by two white-collar criminals: Bruce Bise and Samuel Mendez, according to the order:

“Bise is a white-collar criminal and Mendez was disbarred [as an attorney] after committing acts of dishonesty and moral turpitude by misappropriating funds.” With Bise having previously served seven years in prison for “fraudulent schemes and artifices.”

Mark Royer joined the company as early as May 2017. He participated in offering bitqy to the public, encouraging investors who “missed out” on Bitcoin to invest in Bitqyck, claiming that it would “create a new digital economy and provide a “lucrative compensation plan.”

BitQyck Inc. offered bitqy at $0.02 per token. Comparing it to Bitcoin, Royer suggested to investors that bitqy could increase from $0.02 per token to $3.00 per token, 150 times investors’ initial investments.

However, bitqy did not rise in price. Instead, it lost more than 99 percent of its value, dropping from $0.02 per token to only $0.00057 as of Nov. 11th, with investors practically losing their entire principal investment. After successfully conning investors, Royer went on to found another company in an attempt to do it all again.

My Crypto Mine is Founded

Royer went on to found My Crypto Mine, a company that purportedly specialized in cryptocurrency trading and mining.

The con artist Royer claimed to investors that he worked over 30 years in information technology and in crypto for the last 10 years.

Royer then told investors that My Crypto Mine had been operating for more than six years and employed 8 full-time cryptocurrency traders. Both statements were false.

In statements to the public, My Crypto Mine was able to use “passive investments” to generate “guaranteed and lucrative returns,” with investments between $5,000 and $500 thousand earning yields between 10 and 20 percent every four weeks.

Not only did Royer promise ridiculous returns, he also toted the security of the investment. At the time, he claimed that the investment “has no risk,” that “returns are guaranteed” and that “investors’ capital will never lose its value.”

Moreover, he claimed that cryptocurrency trading conducted by the firm was audited twice per year, thereby affording investors an additional layer of security.

What’s even more sickening is that the company geared its advertising towards small-time investors and retirees.

In statements from the company, Royer advertised that investment in the company was a way to “help small investors build a nest egg for retirement,” for parents and grandparents “create-six figure college funds for their children and grandchildren,” and to help people “eliminate their credit card and tax debts while building retirement funds.”

The company went so far as to say that they were selected by a “major national church”, claiming that the church recommended making investments into My Crypto Mine to its “six million members” [sic].

The Texas Securities Board did not stand by idly as Mark Royer and his company defrauded the public.

The enforcement division of the agency issued a cease and desist order, citing that My Crypto Mine is causing “immediate and irreparable harm to the public.” Furthermore, a myriad of charges were brought before Royer and the company:

Joseph Rotunda, Director of the Enforcement Division had this to say about the case:

“Promoters can make all sorts of extravagant, exaggerated claims. At the end of the day, though, only the facts that matter. Investors need to know whether they’re rolling the dice by trusting their funds to an inexperienced manager or, even worse, a trader who has left a trail of empty wallets and broken dreams.”

In light of these findings, Mark Royer is likely to suffer the full weight of the law. Those in violation of the Securities Act are committing a third-degree felony, punishable by up to ten years of prison.

What actions like these suggest is that regulators and enforcement agencies are no longer content to wait around. Unlike the wild west of years prior, regulation is ramping up to protect investors and eliminate bad actors.

These actions will reduce noise in the space, increase the quality of remaining projects, and help these legitimate projects gain more attention and more traction. 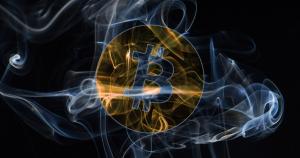