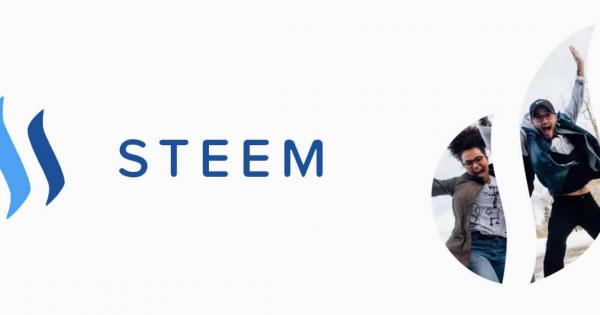 Steem is the lifeblood of Steemit, the contagiously popular media platform that rewards its users for posting content. With no supply limit and built-in inflation rate, Steem is a radical cryptocurrency that opts for participation and bucks the trend of “assetization.”

Publishers both amateur and seasoned can reap the benefits of Steemit’s cryptocurrency-based content platform, being rewarded with tokens for dishing up their musings whether curated or created.

Readers can pick from a smorgasbord of topics, yet Steemit is laden with heavy notes of tech, with ‘trending’ topics typically see-sawing between the areas of blockchain/cryptocurrency and talk of Steemit’s workings.

Steem is arguably the foundation of the Steemit token trifecta, being accountable for the net value of Steem Dollars and Steem Power.

To understand Steem’s place in the unfolding decentralized economy, we must appreciate the colossal problem the Steemit project is tackling with brutish force.

One would be hard-pressed to find a cryptocurrency advocate foreign to Steemit, the young, yet fantastically successful incentivized social media platform.

Since its 2016 launch, Steemit’s success has been nothing short of meteoric, experiencing a frenetic growth seen only in the likes of viral internet institutions such as Reddit, the platform’s imposing predecessor.

The problem it solves has plagued the content economy since the advent of the internet, where publishers have been unable to monetize effectively.

For decades, content creators have had little choice but to engage affiliate marketers and advertisers, utilize sales funnels, and devise any devious tactic they can to be rewarded financially for creating engaging content.

These middlemen-enabled monetization tactics have become increasingly competitive, leaving creators with smaller profit margins than ever.

Crucially, not only are these methods an inefficient means of generating revenue, they fundamentally impact the integrity of a creator’s work — influencing its direction and adulterating its ownership.

In this cut-throat sales-driven environment, content consumers have become warier than ever.

The notion of paying for content is dismissed by most, with internet users instead opting for another of the internet’s uncountable (free) publications.

The net result is a broken economy; one where publishers must bow down to corporate interest to make a living, and consumers must take every dose of content with a spoonful of spurious advertisements.

They say out of adversity comes strength; and just as Satoshi Nakamoto schemed against the banks with Bitcoin, Steemit’s co-founder coined a solution to the content calamity, which he first hinted at in 2015 as a “Mutual Aid Society” (MAS)- at its core an “a social network of giving you can count on when you need it the most.”


When you join a MUXER society by helping to support their members you join a community of people who will have your back when you need it the most. It is through mutual sharing of life’s unexpected and undeserved burdens that members of a society gain peace of mind.

An evolution of Larimer’s MAS, Steemit solves both components of the content equation, incentivizing consumers to reward their chosen content, and offering creators a truly peer-to-peer experience devoid of any third-party.

Users are rewarded when their content is “upvoted” by users, and additionally when they curate quality content. In short, Steemit enables content creation en masse– allowing anyone to publish material and be directly rewarded with cryptocurrency.

Given we have established the basic premise of Steemit, we can now turn our attention to Steem, the basic cryptocurrency that fuels this ecosystem.

In line with Steemit’s community-based vision, Steemit is structured to reward active participants and disable speculators. By discouraging Steem holders from attaining their imaginary Lamborghini, they are forced to acquire value solely by participating- whether through content creation, commenting, or the more sedentary process of upvoting. 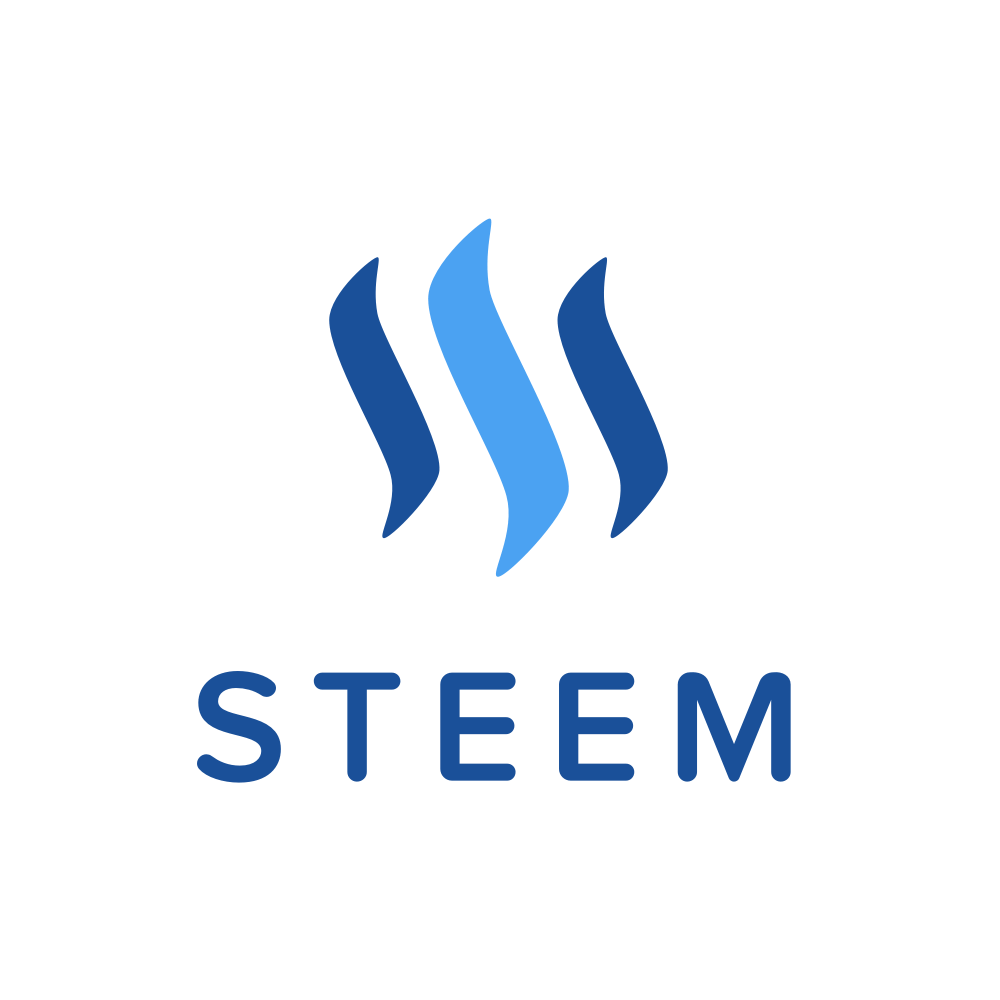 Steem may be the most fundamental cryptocurrency used in the entire system, serving as the market representation of Steemit’s value. It can be traded on the open market or used to purchase Steem Power or Dollars.

To increase activity on the Steemit platform and discourage “bag-holders,” tokens are created daily- of which 15% is distributed to holders of Steem Power, and 85% to users who create content, upvote, or comment. The net result of this process is a 9.5% inflation rate, which erodes Steem’s value and encourages users to profit via participation, not speculation.

Steem Dollars, or SD, is the poster boy for the content platform; the individual units used to reward users for content creation (and curation).

They are Steemit’s own USD-pegged “stablecoin” as it were, enabling users to reliably profit regardless of Steem’s market fluctuation, as well as creating a balanced ecosystem.

Once users have accumulated SD, they have the option to HODL for the relatively modest “moon” of 10% interest per year, convert to Steem and cash out, or convert to Steem Power for a long-term investment strategy (see below).

Steem Power, or SP,  denotes the influence (“power”) of a user within the Steemit ecosystem.

The more SP you accumulate, the more weight you carry when upvoting content.

Reminiscent of a Super Sayan-style transformation, users can “power up”- boosting their influence by purchasing SP with Steem, or organically acquiring it through posting upvoted content.

“Powering down,” the process of exchanging SP for Steem, is fruitless labor- as SP tokens are locked for two years, and as they pay dividends, users are incentivized to HODL SP for dear life.

The concept of a blockchain-based social media platform is novel enough, yet novelty demands a technological assurance that will instill faith in new and existing users. Luckily (or unluckily for those with Marxist notions), the platform employs its very own blockchain utilizing a democratic mechanism not so unlike our current political systems.

As outlined in its bluepaper, Steemit is built on a delegated proof-of-stake consensus mechanism, an obvious choice given the founder Daniel Larimer’s previous PoS setup in BitShares.

Steemit’s instance of DPoS is a unique proposition, which is to be expected given Larimer’s star-spangled record as a blockchain architect (see below).

In Steemit’s unique DPoS system, 21 witnesses are called upon to create and verify each new block of transactions, 19 of which are elected by the community on the basis of their “Witness Proposal” (who’s prowess is typically measured by involvement with Steemit, mining track-record, and perhaps size of RAM cache, for shallower voters).

The additional two blocks are sealed by a miner and backup witness — a randomly-selected witness that has fallen short of the top 19 by vote.

Unsurprisingly, Steemit is most vocal on its very own prolific online platform, toting a domain authority to make any cryptocurrency-related site shake in its boots. The Reddit rival exerts its authority primarily in the cryptocurrency/blockchain niche, and naturally, a Google search on anything vaguely in this area will land some Steemit results on the search engine’s first page.

Outside of the platform, the project regularly opines on Twitter, where it speaks to a substantial audience of 93,500 followers (presumably the most loyal devotees of the platform).

Steemit is the collective brainchild of BitShares founder Dan Larimer and Ned Scott, a corporate executive-turned-crypto enthusiast. The pair’s energized friendship-turned-partnership was the catalyst for their blockchain-based social-media platform; Upon their meeting, Scott said:

When 2016 arrived, I made my first trip to meet Dan in person and we had a good match in personalities. The ideas for Steem had just started forming and from there we put a real business plan together and co-founded Steemit.

Larimer, Steemit’s CTO, is the type of personality that will have difficulty escaping the cliched phrase “a man that needs no introduction.” He is commonly hailed as the “visionary programmer” behind BitShares, EOS, and Steemit- having built its unique DPoS consensus mechanism.

With this technological Schumacher at the wheel, Scott’s experience lends itself to the more corporate role as CEO of Steemit. A former Business Operations and Financial Analyst at the import-giant Gellert Global Group, Scott’s encounter with Larimer quickly injected a rush of interest in the blockchain.

While the community-driven nature of Steemit doesn’t cry out for partnerships,  January 2018 saw the announcement of a collaboration with Datawallet, a data monetization platform.

Datawallet’s app will soon Steemit users the ability to monetize the data component of their online creations- a prospect welcomed with open arms by the Steemit community.

“The social media monetization model is broken, both in terms of how platform users are rewarded, and how their data is owned and distributed. Steemit is currently working to resolve part one of that equation and Datawallet are tackling the second.”

Where is Steem Trading?

Steem is tradeable in a few pairs including BTC, ETH, KRW, and USD. The bulk of trade volume is accounted for by UpBit, Binance, Bittrex, and Poloniex.

Steemit has found itself a fiercely devoted audience, having established its footing as an attractive alternative in an industry begging for change.

Content creators and curators have jumped at the opportunity to monetize with autonomy, decentralization advocates have poured open their hearts and wallets, and even casual users have relished at the novelty factor of it all.

The explosive popularity of the platform has given Steem an edge, yet the token’s current value by no means does Steemit justice. Paling in comparison to Reddit’s staggering 1.6 billion unique page visits, as the budding young platform establishes itself as the new “front page of the internet,” the growth of Steem’s value will be simply inconceivable.

Steemit’s growth will invariably see Steem outstrip its 9.5% inflation rate, yet the system’s real shining knights in armor are Steem Dollars and Steem Power. Both of these crusaders offer lucrative rewards to those who believe in the grand vision of the first blockchain-based social media ecosystem.