The meeting between both authorities focused on issues that included “sustainable finance, crypto assets, and stablecoins.” 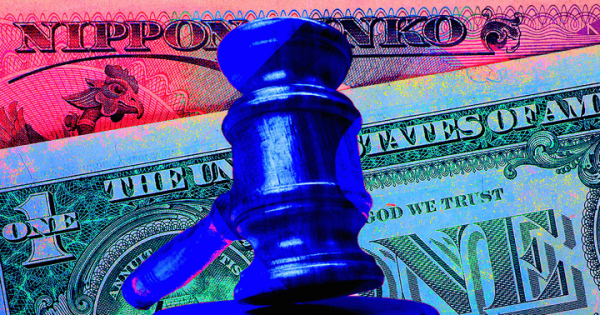 According to the report, the Treasury Secretary also met Japan’s finance minister, Shunichi Suzuki, to discuss the national currencies of both countries.

The U.S. dollar has recently been faced with increasing inflation, and the Japanese yen is trading at over two decades low against the dollar.

The top officials confirmed that the U.S. Treasury and Japan FSA would continue to collaborate bilaterally and internationally.

Secretary Yellen has consistently called for stablecoins regulations since she assumed office.

Recent events like the implosion of Terra’s UST have strengthened her resolve to ensure proper oversight of this space.

In a meeting of the President’s Working Group on Financial Markets, she emphasized the “urgent need to ensure that stablecoin arrangements are subject to a federal framework on a consistent and comprehensive basis.”

The U.S. Treasury readout reported that Yellen mentioned the importance of legislative efforts to create a regulatory framework for stablecoins and “address current and future risks.”

When she appeared before the Senate Banking, Housing, and Urban Affairs Committee in May, Yellen also mentioned the urgent need to establish a regulatory framework for stablecoins.

In her testimony, she mentioned Terra USD and how it “illustrates that this is a rapidly growing product and that there are risks to financial stability and we need a framework that’s appropriate.”

In a separate development, the U.S. government has urged Japan to ensure that crypto companies operating within the country cut ties with Russia.

The U.S. government specifically mentioned that Japan should shut down firms operating in the Irkutsk region in Siberia.

According to the U.S. government, the move is to ensure that Russia does not evade sanctions through these firms.