SEC Chairman: Not All ICOs Are Fraudulent

After a year of unparalleled and unbridled expansion, cryptocurrencies are dealing with the implications of governmental oversight and increased regulations. 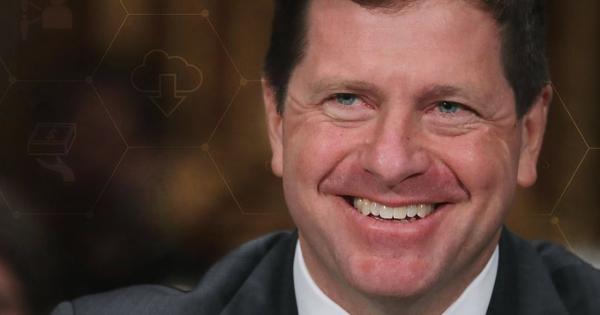 After a year of unparalleled and unbridled expansion, cryptocurrencies are dealing with the implications of governmental oversight and increased regulations. Although global financial leaders set a July timetable for implementing sweeping oversight, there hasn’t been a consensus. Instead, independent nations have enacted regulations to curb cryptocurrencies within their borders.

Recently, there have been several regulatory actions from central governments. Japan halted the operations of several crypto exchanges after Coincheck and others demonstrated a lack of technical efficacy.

This week, Russia announced stringent regulations on new ICOs, and India instituted a crypto-ban by barring the country’s central bank from dealing with institutions who deal in crypto.

Meanwhile, In the U.S., cryptocurrencies and the SEC continued their duty dance. In comments to a crowd at Princeton University, SEC Chairman, Jay Clayton, answered an audience member’s question about ICOS by conveying that they are “absolutely not” all fraudulent.

The SEC is frequently preoccupied with the potential for fraud in the ICO market. This week, they arrested Sohrab Sharma and Robert Farkas and charged them with orchestrating a fraudulent ICO.

Their platform, Centra Tech Inc., relied heavily on celebrity endorsements, especially from boxing heavyweight Floyd Mayweather, and the agency decided that its claims were dubious at best and were potentially fraudulent.

In this way, the SEC intends to support ICOs by exposing fraudulent ICOs and punishing their founders.

According to sources, Clayton told the audience:

“I think if we don’t stop the fraudsters, there is a serious risk that the regulatory pendulum – the regulatory actions will be so severe that they restrict the capacity of this new security.”

His comments reinforce the SEC’s continuing claim that all cryptocurrencies should be classified as a security. However, they also align with Clayton’s earlier statements on cryptocurrencies. In a December memo, Clayton wrote:

“I believe that initial coin offerings – whether they represent offerings of securities or not – can be effective ways for entrepreneurs and others to raise funding.”

The rub, of course, is whether these fundraising mechanisms classify as a security.

On that, the SEC hasn’t issued a final ruling, but this week’s collection of actions and comments seem to support the notion that the U.S. government wants to support ICOs and cryptocurrencies, but that they want to do it in a controlled, regulated manner.

While this flies in the face of the decentralized and autonomous ethos that permeates the crypto community, it’s much more tolerant than the messages being spread by other central governments and finance officials.

As a result, it’s unlikely that the U.S. government is planning a sweeping cryptocurrency ban, but they will be getting their house in order sooner rather than later. It’s anyone’s guess what those regulations might be, especially because digital currencies are such a new and nuanced innovation.