Samsung revealed that it is designing and manufacturing chips for Bitcoin mining. 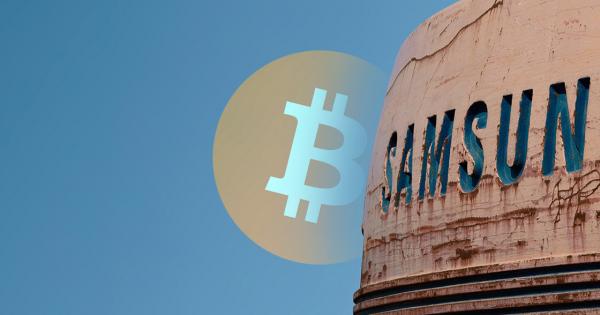 Samsung revealed that it is designing and manufacturing chips for Bitcoin mining.

At the MicroBT M20 conference in Chengdu, China, this May—Charles Song, the general manager for Samsung Foundries China revealed that the company had been designing and manufacturing 3nm and 5nm chips for Bitcoin mining.

According to internal documents from the company, Samsung has been fabricating these chips since Q1 of 2018. Samsung publicly announced its strategic partnership with MicroBT, the third largest designer of Bitcoin ASICs behind Bitmain and Canaan at the conference.

Despite its lagging position behind the two dominant companies, MicroBT is known for the performance and power efficiency of its chip designs, according to sources in the industry.

The news shouldn’t come as a surprise. Samsung is the second largest semiconductor company in the world by revenue, behind Intel. The niche for mining equipment has grown steadily as the market capitalization of proof-of-work cryptocurrencies—and the cost to secure them through block rewards and fees—grows.

Samsung produced the chips in the latest line of MicroBT devices—the M20S WhatsMiner, which boasts 68 Terahashes per second (Th/s) with a power efficiency of 48 watts to the Terahash.

For reference, the industry-standard ASIC the Bitmain Antminer S9 achieves 13.5 Th/s with a power efficiency of 98 W/Th. The M20S is five times more powerful and half the power consumption at a comparable retail price of $2,450 in Chinese yuan.

In February, Samsung announced that its new Galaxy S10 smartphone would include support for storing cryptocurrency private keys. Specifically, for Ethereum, ERC20 tokens, and other ETH-based collectibles.

Last year, Samsung SDS, a subsidiary of the tech giant, also announced that it was considering blockchain for part of its supply chain. More recently, the company revealed that its developing its own blockchain based on Ethereum which will likely result in a token—Samsung Coin—in 2020.