With the IoT market expanding at an impressive rate, the need for platform interoperability has touched an all-time high. 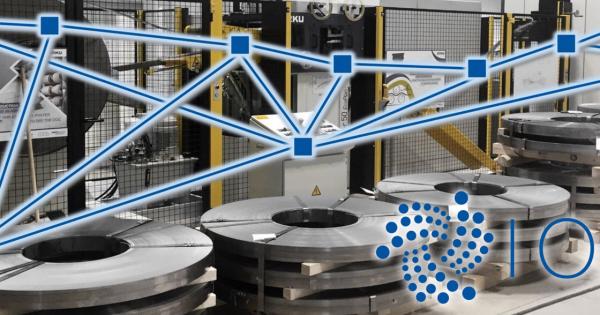 With the IoT market expanding at an impressive rate, the need for platform interoperability has touched an all-time high. IOTA provides businesses with a scalable framework which converts technological resources into valuable assets that can then be traded on an open market.

The technology which drives IOTA is Tangle — a block-less distributed ledger that allows for value transfers to take place without any fees.

Apart from this, Tangle also streamlines transaction settlements which then enables resource trading on-demand. Other key aspects of the technology include:

Real world use of IOTA

In recent months, IOTAs Tangle ledger has drawn interest from many startup groups, both big and small. For example, Match X, a German tech company,  hinted at the use of IOTAs operational framework for creating their upcoming LPWAN system.

Similarly, earlier this year, the IOTA Foundation signed an MOU (Memorandum Of Understanding) with the City of Taipei. This agreement will see IOTA and Taipei work together to explore ways in which Tangle technology can be used to enable secure machine transactions containing sensitive data and value-based assets with each other.

However, the news which seems to be creating waves currently amongst the crypto-community is that of German university RWTH declaring that it will be implementing IOTA for industrial scale use cases.

In a tweet that was sent out on March 24, the university openly sought out potential Masters and Ph.D. candidates for projects that are being designed to help “redefine the blockchain sector”.

You think #blockchain will revolutionize the #IIoT? Then you need to know about the #Tangle and @iotatoken. Apply now for Hiwi/master thesis/PhD/PostD @DanielTrauth. Join us and lets build the first industrial use case @RWTH. @digitalHUBac @Aachen2025 @kevrchen @DomSchiener #IOTA pic.twitter.com/xs8OkUUJHu

RWTH is one of Germany’s premier educational hubs and has consistently ranked amongst the top universities in the nation. In fact, a rankings poll that was released last year placed the Aachen based institution in the 5th overall spot amongst all faculties, and as a top 2 school for Engineering and Science studies.

Germany has consistently been at the forefront of cutting-edge crypto innovations, be it the development of blockchain enabled RFID sensor systems or the creation of crypto enabled banking systems.

With universities like RWTH pushing for IOTA use for real-world applications, it will be interesting to see how the blockchain merges into an industrial ecosystem. In any case, this step is one that is not only welcome but will push the trustless blockchain platform towards greater things in the coming future.