The crypto market tanks as users exit positions following speculation over the unsoundness of the FTT token. 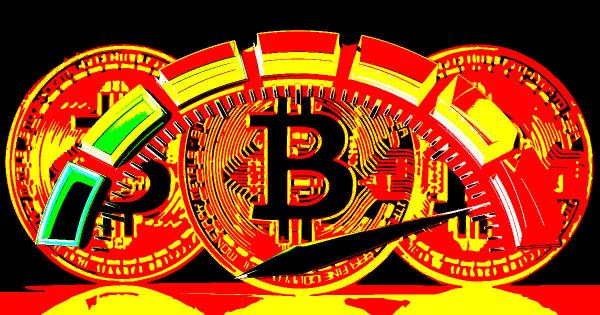 Support was found at $19,300, but downside fears are stoked as the feud between Changpeng Zhao (CZ) and Sam Bankman-Fried (SBF) continues.

On Nov. 6, CZ tweeted about recent revelations coming to light, leading to the decision to sell FTT tokens held by Binance.

The incident sparked rumors of FTX insolvency and a Terra-Luna-styled collapse on the cards. Over the last 24 hours, FTX’s native FTT token has sunk by 23.5% to $17.30 at the time of press.

Market jitters following the feud have seen $89 billion of capital outflow from the total crypto market cap since Sunday.

The majority of capital outflow came late Monday evening (ET), as it became clear that CZ had opened a can of worms, including revelations about the relationship between FTX and its trading arm Alameda.

Over the last 24 hours, token prices across the board have sunk. The top 100 exceptions are Chainlink and Toncoin.

The market upheaval has triggered warning signs, with the Bitcoin Risk Signal indicator sinking to a low of two. Since the November 2021 top, the Risk Signal has only hit two on three other occasions – each time a major drawdown in price followed.

OKG founder Star Xu said the ongoing situation is harming the entire crypto industry and called on CZ to strike “a new deal” with SBF.

If unfortunately FTX becomes another LUNA,nobody in the industry can benefit from the accident including Binance. Both customers and regulators will lose some confidence about the whole industry .I hope CZ can think about stop to sell FTT and make a new deal with SBF.

In 2019, on allegations of trading against users, and the conflict of interest arising from market making, investing, and trading, SBF said Alameda operates as a liquidity provider on FTX only and is treated much the same as other LPs.

Alameda is a liquidity provider on FTX but their account is just like everyone else's. Alameda's incentive is just for FTX to do as well as possible; by far the dominant factor is helping to make the trading experience as good as possible.

In October 2021, SBF stepped down as Alameda’s CEO and was replaced by co-CEOs Caroline Ellison and Sam Trabucco. Trabucco resigned from his position in August, citing a decision to “prioritize other things,” leaving Ellison as sole CEO.

For all intents and purposes, Alameda and FTX are separate companies. But as the drama was unfolding, it emerged that around 40% of Alameda’s assets are composed of FTT, or FTT collateral, tokens.

Dylan LeClair noted that the FTX “bank run” is being supported by Alameda sending stablecoins, suggesting a closer relationship “than was led on.”

Of all of the things that give me cause for concern, #1 is that as FTX is getting drained of reserves from withdrawals, Alameda is sending stables from its trading wallets to the FTX hot wallet.

Coincidence, or are the lines blurred between the two entities more than was led on? pic.twitter.com/LtWj8hJ0U2