Ripple (XRP) likely to go public after its legal battle with SEC is over, CEO confirms

CEO Brad Garlinghouse has confirmed that Ripple (XRP) is likely to go public "at some point"—but not before its legal dispute with the SEC comes to a conclusion. 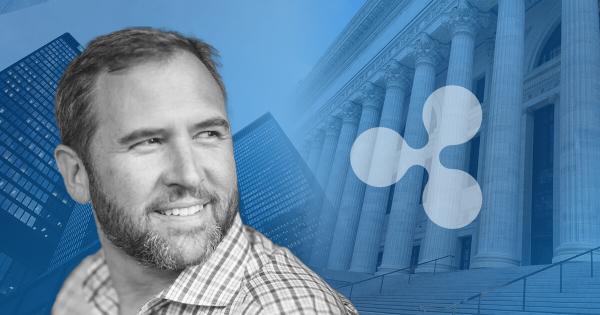 The likelihood of Ripple, the company behind the XRP token and blockchain-based payments network RippleNet, to go public is “very high at some point”—but not before its legal battle with the U.S. Securities and Exchange Commission (SEC) is resolved, said the firm’s CEO Brad Garlinghouse.

“The likelihood that Ripple is a public company is very high at some point. In the middle of an SEC lawsuit, you know, we need to get that closed out,” Garlinghouse remarked during CoinDesk’s Consensus 2021 event yesterday.

“The good news was the court did grant Ripple’s motion,” he added. “All we’ve asked for, for two to three years, is that regulatory clarity, and so I think this is progress.”

Waiting for the case to resolve

As CryptoSlate reported, the SEC filed a lawsuit against Ripple Labs and its executives—CEO Brad Garlinghouse and executive chairman Chris Larsen—in late 2020. The regulator alleged that defenders have “raised over $1.3 billion through an unregistered, ongoing digital asset securities offering”—in the form of XRP— since 2013.

Notably, rumors about Ripple’s plans to conduct an initial public offering (IPO) have already been floating around since late April. Namely, Yoshitaka Kitao, CEO of Japanese financial services firm SBI Holdings which has a stake in Ripple, said that an IPO would pay off the group’s investment.

“In fact, the United States is the only country around the world that has XRP as a security, every other country in which we work, they view it as a currency,” he pointed out.

However, Garlinghouse also acknowledged that Ripple had to “pause” its relationship with MoneyGram, a major U.S. payments processor, following the SEC’s lawsuit.

“MoneyGram and Ripple had a consequential relationship which represented a couple billion dollars of ODL [on-demand liquidity] transactions. We’ve paused that partnership in hopes of getting clarity,” Garlinghouse explained.

Indeed, just a few days after the SEC filed its lawsuit, MoneyGram has swiftly distanced itself from Ripple, claiming that it “does not utilize the ODL platform or RippleNet for direct transfers of consumer funds” and “is not a party to the SEC action.”