Ripple suggests it will walk out free from the legal charges it faces in the U.S., sending whales on a buying spree. 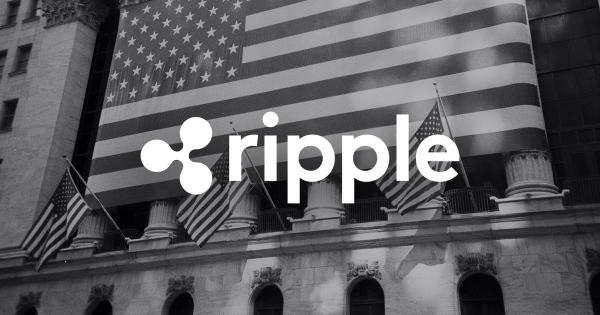 Payments firm Ripple could reportedly go public soon after its ongoing case with the U.S. Securities and Exchange Commission (SEC) is settled, a report on Finance Feeds said today.

In December 2020, Ripple was charged with the unlawful sale of $1.3 billion worth of unregistered security, a case that continues till today. However, it does appear like the startup is positive that both parties will reach a settlement very soon.

According to Japanese financial services firm SBI Holdings, which holds a stake in Ripple, the company is considering going public when all is said and done. CEO Yoshitaka Kitao, who also has a seat in Ripple’s board of directors, said on an earnings presentation that an IPO would pay off SBI Group’s investment.

Ripple’s CEO, Brad Garlinghouse, recently affirmed that the company has made “really good” progress in the courts so far. He also stated that many federal agencies in the U.S., such as the Department of Justice and the Treasury, have already deemed XRP a non-security, so there is nothing to worry about.

Meanwhile, XRP’s supply distribution chart shows that large investors—colloquially known as “whales—are giving Ripple their vote of confidence. The buying pressure behind the world’s fourth-largest cryptocurrency by market capitalization has skyrocketed over the past week, helping push prices higher.

Analytics platform Santiment registered 12 new addresses with more than 1,000,000 XRP joining the network in such a short period. These whales hold over $1.6 million worth of this altcoin.

The recent increase in the number of large investors behind XRP has coincided with a 74% price increase. Further buying pressure could help the cross-border remittances token retest the recent yearly high of $1.98.