Ripple enlists help from two new appointees in a bid to expand operations and in fighting the SEC lawsuit. 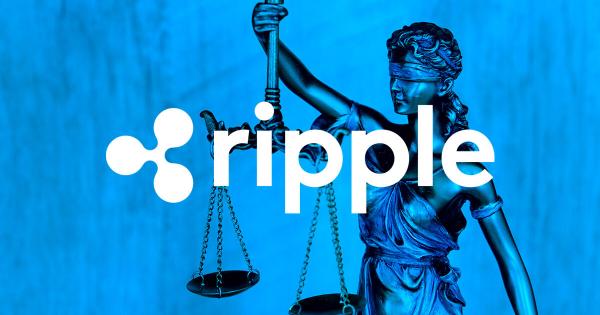 Ripple brings Rosa Gumataotao Rios on board to join its Board of Directors. Rios served as Treasurer of the United States under the Obama administration, specifically as CEO of the Bureau of Engraving and Printing and the United States Mint, including Fort Knox.

As an advocate of social change and women’s rights, her appointment gives insight into how Ripple is attempting to reconcile the public and private sectors. More so, in its quest for regulatory clarity during the ongoing US Securities and Exchange Commission (SEC) lawsuit.

Today, we’re proud to announce @RosieRios as the newest member of Ripple’s Board of Directors, and Kristina Campbell as CFO. https://t.co/Gny7JzqEgM

Ripple gets back up in its bid for regulatory clarity

Ripple announced the appointment of Rios, the 43rd Treasurer of the U.S., as a member of its Board of Directors. It also hired Kristina Campbell, previously at fintech firms Green Dot and PayNearMe, as its Chief Financial Officer.

On her appointment, Rios issued a statement saying the role fits her drive to bring financial inclusion. She also said Ripple is a prime example of how to use cryptocurrency legitimately to enable global payments.

“I’ve dedicated my career to financial inclusion and empowerment, which requires bringing new and innovative solutions to staid processes.”

Ripple CEO Brad Garlinghouse chimed in to say both Rios and Campbell arrive during a critical time for the company. But he said the firm is fortunate to have them on board as it continues its international expansion and fights for regulatory clarity.

“Rosie’s experience in the public and private sectors provides an invaluable perspective to Ripple, especially during this time as the industry works to define crypto’s future. As well, adding Kristina’s extensive knowledge and success building teams and processes at rapidly accelerating businesses was a no-brainer.”

Ripple is currently locked in a battle with the U.S. Securities and Exchange Commission (SEC) over allegations it offered unregistered securities in the sale of its XRP token. The firm denies the charges, saying XRP is currency rather than a securities offering.

Following much back and forth over the last half-year or so, the latest turn of events sees the SEC score a partial win in Judge Netburn siding with the U.S. agency by not allowing the discovery of internal documents. However, Netburn did greenlight documents on SEC-to-third party communications.

Ripple’s defense team seeks to establish how the SEC determined the non-securities status of Bitcoin and Ethereum by the documentation they hold on the matter.

Another blow for Ripple comes in the form of the SEC’s opposition to a motion to intervene by XRP holders. 16,000 XRP investors, led by Attorney John E. Deaton, filed a motion to have their views heard during the legal process.

Although the motion was granted for submission, the SEC formally opposed the move with a letter filed earlier this week.