The U.S securities regulator seeks to block key figures in the XRP holders collective from participating in the lawsuit. They also contend the motion to intervene by the holders will add nothing to proceedings. 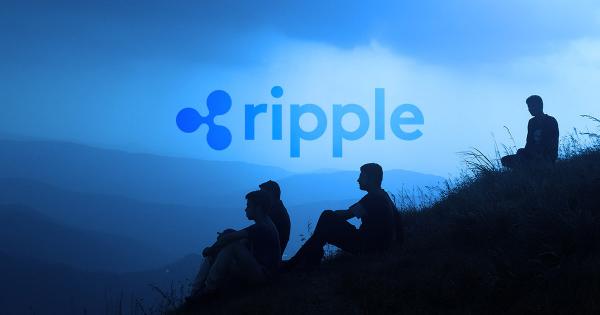 The latest twist in the SEC vs. Ripple lawsuit has the U.S securities regulator file a reply memorandum in further opposition to the motion to intervene, a new filing shows.

The motion to intervene on behalf of XRP holders was granted by Judge Torres in late March, following the unsuccessful attempt by the SEC to oppose the move. It sets out to bring the views of 12,600 XRP holders into the case.

The SEC moves to block XRP holders from the lawsuit

In the SEC’s reply memorandum, Jordan Deaton, James Lamonte, Tyler Lamonte, Mya Lamonte, Mitchell McKenna, and Kristiana Warner were named in a bid to block their participation in the lawsuit as third party defendants.

The SEC claims that the six named individuals do not fall under “amici curiae,” which is Latin for “friend of the court.” Instead, if allowed to participate in proceedings, the SEC claims the six would act as friends of the Defendant.

They further claim that the XRP holders will not provide any new information to the court. Plus, their vested interest in Ripple will bias any evidence they present.

By allowing their participation, the SEC argues that the scope of the case changes from what the enforcement action intends.

“As this enforcement action does not charge any individual investors in the secondary market who purchased XRP, Movants’ participation in this case — whether as intervenors or as amici — would expand the scope of this case to claims the SEC is not bringing.”

To counter the SEC’s lawsuit, which alleges Ripple had sold unregistered securities to the tune of $1.3 billion over an eight-year period, XRP holders want to state their case.

In the motion to intervene filed last month, XRP holders say they wish to participate in protecting their own interests. They do not assert any claims or counterclaims against the regulators.

As Deaton states, the SEC has not shown one bit of consideration for the investors they claim they are protecting. The XRP holders collectively seek intervention to have their voices heard on the matter.

#XRPHolders Reply Memo to the SEC’s Opposition to our Motion to Intervene is filed. https://t.co/6TGvIjzv4X

Jesse Hynes, General Counsel at Gala Games, isn’t optimistic over the chances of XRP holders winning their day in court.

“In my opinion the law is on the side of the SEC. I’d be happy to be wrong on this one, but I don’t see the motion to intervene being successful.”

Nonetheless, with the future of the U.S crypto industry possibly riding on this, it would be myopic to deny XRP holders the opportunity to speak.