Ripple to help create a CBDC for this tiny island-nation

The Republic of Palau has chosen Ripple as its partner to explore the idea of creating a digital currency. 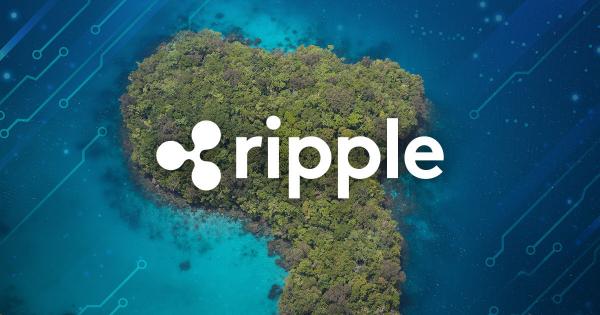 Photo by Kurt Cotoaga on Unsplash

According to a press release shared by Ripple, the XRP ledger is all set to partner with the Republic of Palau to help circulate digital dollars in the country. The press release also states that Ripple will be working on designing a USD-backed stablecoin that will help create other services such as corporate registries.

Despite facing turbulent price fluctuations in the market, Ripple has not given up on the idea of becoming the leading crypto player and is now partnering with the Republic of Palau to help the country secure its first digital currency.

Palau does not possess its independent fiat currency and its citizens rely on USD to manage their purchases. However, Palau has also made it clear that the country does not want to adopt XRP or any cryptocurrency as legal tender but it aspires to issue a digital version of government-backed USD.

Palau’s President Surangel S. Whipps Jr in this regard has stated that Ripple could provide the necessary technology that would cater to the financial aspects of Palau systematically.

“As part of our commitment to lead in financial innovation and technologies, we are delighted to partner with Ripple. The first phase of the partnership will focus on a cross-border payments strategy and exploring options to create a national digital currency, providing the citizens of Palau with greater financial access.” He further added.

Moreover, Ripple maintains an affordable and sustainable blockchain network that offers fast processing of transactions. As per the press release shared, the XRP ledger would facilitate Palau the ability to process transactions in less than five seconds in a cost-effective manner.

The news of Ripple partnering with the Republic of Palau has made no significant changes in its market prices. After recording a sudden surge in July, its prices have fallen from $1.4 to $0.86.

The notable reluctance depicted in the prices of Ripple has been attributed to regulatory issues that have plagued the crypto lately. Recently, the Securities and Exchange Commission had sued the company accusing it of selling XRP as an I registered security. The company had later defended its stance on the given accusations, but the case had proved fatal for its reputation in the long run.

The XRP token which was once included in the top three token list also suffered a major blow and fell to the 7th position following SEC- Ripple fiasco.