The massive hype surrounding Ripple’s XRP token throughout 2017 created an enormous community that carried over into 2018 and 2019, but this community of investors appears to have been dissolving as of late. 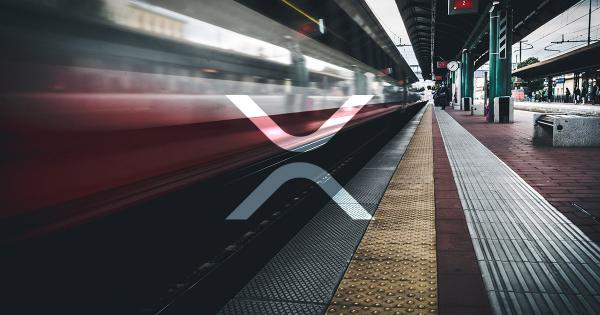 Photo by Karsten Winegeart on Unsplash

The massive hype surrounding Ripple’s XRP token throughout 2017 created an enormous community that carried over into 2018 and 2019, but this community of investors appears to have been dissolving as of late.

Interest in the token has fallen off a cliff, with the lack of significant banking partnerships and tempered utility slowing the cryptocurrency’s growth.

That being said, it is still one of the largest cryptocurrencies by market cap, with plenty of investors from 2017 and beyond still holding onto their tokens in hopes of it seeing growth and adoption in the future.

One short-term event that could place some pressure on the cryptocurrency is the transfer of $115m worth of the token by Chris Larsen – an early Ripple executive.

It’s possible that these tokens are being moved from his wallet to be sold via OTC.

Any pressure this news could place on the crypto may be offset by the secondary market token purchases that Ripple has been making in recent months.

XRP’s price has been struggling to gain any notable momentum in recent days and weeks, with it remaining stagnant within the mid-$0.20 region.

At the time of writing, XRP is trading up marginally at its current price of $0.23. This is around the price at which it has been trading throughout the past several days and weeks.

During the peak of the recent market-wide uptrend, its price was able to stretch as far as $0.32 before it faced massive inflows of selling pressure.

One trend that may be bolstering XRP in the near-term is the secondary market purchasing Ripple has been conducting. They spoke about this in their Q2 2020 update, saying:

“A healthy, orderly XRP market is required to minimize cost and risk for customers, and Ripple plays a responsible role in the liquidity process… That said, Ripple has been a buyer in the secondary market and may continue to undertake purchases in the future at market prices.”

Ex-Ripple executive transfers $115m worth of the crypto

Per a recent note from the wallet tracking platform Whale Alert, Chris Larsen – a Ripple co-founder and former executive – just moved over $115m worth of XRP.

He later stated in a follow-up tweet that these tokens were moved to NYDIG – a custodial solution for crypto. However, some users have observed that this would be one platform through which someone could sell a massive token stake OTC.

It remains unclear as to whether or not he intends to sell these tokens, but his potential exit from the ecosystem could strike a blow to investor sentiment.

The transaction can be viewed by navigating to this link.