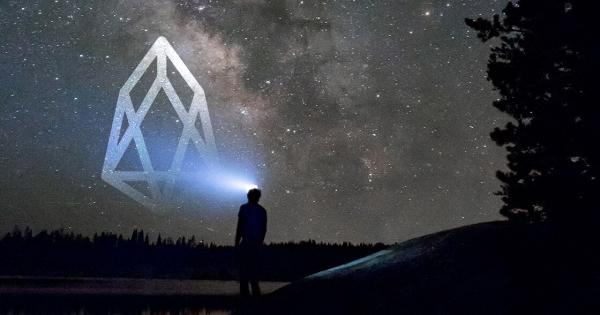 EOS, a third-generation blockchain-based cryptocurrency platform designed to enable the “vertical and horizontal scaling of decentralized applications,” has “at least 260 projects being built” on its network. That’s according to Block.one, a Caymans Islands-headquartered technology company that raised a record $4 billion via an initial coin offering (ICO) in order to develop EOS, which has also been described as “an operating system-like construct upon which [software] applications can be built.”

In this introductory article, CryptoSlate shall summarize the series of events and developments that have transpired after the EOS mainnet was launched during the summer months of last year.

On Feb. 23, 2019, several reports had surfaced regarding the alleged transfer of 2.09 million EOS (valued at approximately $7.26 million at the time of theft) by a blacklisted EOS account. Because this particular incident appears to be closely related to another major hack involving EOS accounts in December 2018, when 400,000 EOS token were reportedly stolen, we will analyze both incidents in a future post here on CryptoSlate.

Although one of the most active blockchains with a large number of dApps launched on EOS. there are still many challenges EOS continues to face. For instance, the size of the EOS blockchain has exceeded 4 Terabytes, resulting in a “blockchain bloat.” Some analysts have argued that EOS could become increasingly centralized as the size of its blockchain data is getting so large that very few entities might have the resources to run full-nodes or be able to carry out the duties of a transaction validator.

Some analysts have argued that EOS could become increasingly centralized as the size of its blockchain data is getting so large that very few entities might have the resources to run full-nodes or be able to carry out the duties of a transaction validator.

In addition to these issues, EOS’ governance model has been criticized as many in the crypto community have expressed concerns that cartels may increasingly start controlling EOS. Should this become a legitimate problem, then it could fundamentally threaten EOS’ survival. Before discussing these challenges in future posts, let’s recap some of the main developments since EOS was introduced to the public.

Only a few months after EOS’ mainnet went live on June 10th, 2018, there were reports that the blockchain network’s transaction validators may have been “colluding,” engaging in “mutual voting,” and receiving extra “payoffs.” These allegations were first made by Twitter user “Maple Leaf Capital” (@MapleLeafCap), an EOS investor. In a detailed Twitter thread (posted on Sept. 26, 2018), Maple Leaf Capital shared what appeared to be a leaked “internal excel document from Huobi.”

In allegation 1, Huobi votes for 20 other BPs candidates where 16 of those vote for Huobi as well. As you can see in the image attached to this tweet. pic.twitter.com/VBfFyjWyxU

As one of EOS’ 21 block producers (BP), Huobi was accused of “openly voting for a [select] few BP candidates in exchange for” EOS tokens. Many “other [EOS] BPs were also accused of [engaging in] mutual voting … to cement their BP position.” At the time these allegations had surfaced, Maple Leaf Capital had shared a screenshot (via Twitter) that showed the crypto exchange operator, Huobi, voting for 20 other EOS BPs, 16 of which also voted for Huobi in return.

Other screenshots posted by the EOS investor last year appeared to show that Huobi had received large amounts of EOS tokens as “payoffs” from at least 3 other BP candidates—including eosiosg11111, cochainworld, and eospaceioeos.

Block.One: “This Might Call Into Question” EOS’ Transaction Reliability

In response to this incident, EOS Alliance, a non-profit entity established by EOS’ community members, published a Medium blog post (on October 1st, 2018) which stated:

“Dan Larimer, [the CTO at Block.one, had designed the] delegated proof-of-stake (DPoS) [consensus protocol] with the requirement that 15 of 21 independent votes are required to operate the network securely. If, as some alleged recently, some current block producers are coordinating together, this might call into question the transactional reliability of the EOS blockchain data for all users and the attractiveness of EOS as a platform for dApps.”

EOS Alliance also noted in its blog post that:

“There are geopolitical considerations, given that Chinese corporations and investors are potentially being demonized, and the consequences in China might be more dire for the individuals involved than they would be in other countries.”

Collusion, Payoffs Were “Likely” Outcomes Due To Assumptions Made By EOS Developers

Meanwhile, reactions from EOS’ Reddit community members at the time of this incident were somewhat mixed. For instance, one Redditor wrote that he didn’t find it surprising that there is collusion among the platform’s BPs given the EOS governance model. The user further asserted:

“If you optimize your system under the assumption that most players aren’t malicious and thus reduce the number of nodes for more transactions per seconds, such an outcome like this was likely.”

As many crypto enthusiasts would recall, Ethereum co-founder Vitalik Buterin had also commented on this incident. The Russian-Canadian programmer had remarked:

Interesting! I mean, it was completely predictable and I did predict it, but I did not expect it to happen so thoroughly and so soon!@VladZamfir https://t.co/InylvvzHFm

Despite its blockchain governance problems and other challenges, EOS’ initial developers at Block.one appear to be confident regarding the platform’s ongoing development. On Jan. 24, 2019, Block.one released an update regarding EOS’ blockchain software code. According to the announcement, the latest set of upgrades to EOS’ codebase “will allow for much greater speeds across the network than previously seen.”

The “internal testing” of EOS’ software version 1.6wh indicates that the blockchain platform has “the potential to greatly increase performance” which includes roughly a “35% increase in transaction processing speeds,” Block.one noted in its blog post. As mentioned in the post,

Additionally, EOS’ software version 1.6 is expected to “enable a reduction in CPU costs and decreased latency,” the blog mentioned.  Notably, EOS’ developers believe these code changes  “will make it even less expensive to run applications on the software and increase their responsiveness.”

Commenting on the updates to EOS’ codebase, Brendan Blumer, the CEO of Block.one, remarked:

“Our aim is to drive mass adoption of blockchain. As part of the community that continues to work on the EOSIO software and its corresponding advancements, we hope to play a leading role in the next generation of blockchains through our deep engineering talent and our dedication to a future of global commerce and communications based on blockchain.”

“This software update clearly shows the expanding capability of EOSIO and its growing ability to process a substantial volume of transactions.”

Moreover, the post from Block.one told users to “not download, compile, install, or run software from untrusted sources, including repositories, websites and links.” Block.one’s blog also made it clear that “no personnel [from the company] will use Telegram, Skype, LinkedIn or other informal communication channels to propose a business relationship or partnership including a proposal which would involve the exchange of tokens.”

As mentioned, a report from a Telegram group had revealed last weekend that a banned EOS account owner had managed to successfully transfer 2.09 million EOS tokens. When CryptoSlate reached out to Karen Zhang, a PR specialist at Block.one, she told us:

“In terms of your previous questions, apologies that we are not in the position to comment on some of the issues, since the EOS platform is maintained by the community.”

In future posts on CryptoSlate, we will further investigate this incident as well as update readers on other important developments related to EOS.

While blockchain-based platforms are still in the early stages of development and are often constrained due to limited human and financial resources, dApp creation platforms such as EOS may have an advantage over others because EOS is one of the most well-funded blockchain projects to date.

Moreover, Dan Larimer, one of the main developers contributing to EOS’ development, is well-known in the crypto community for launching two relatively successful and established crypto platforms: BitShares and Steemit.

Because EOS has the resources to maintain its ongoing development, it still has one of the best chances—when compared most other dApp platforms, at being able to offer users a legitimate platform to develop and deploy high-performance, enterprise-level, distributed applications.