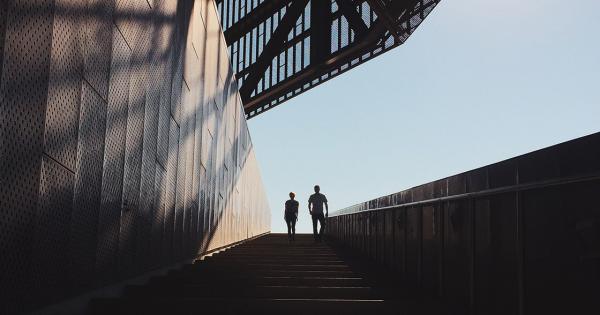 The past few months we have seen regulators taking positions when it came to cryptocurrencies, ICOs, and the million dollar question of whether we should see cryptos as securities. The ruling, with only a few weeks between them, of the SEC (US) and the SCA (UAE) for instance—both ruling on whether or not tokens have to be seen as securities—could not be farther apart.

What is a Regulator?

But, before we dig in, let’s define the role of a regulator. In the United States of America, the SEC describes their mission as follows:

“to protect investors, maintain fair, orderly, and efficient markets, and facilitate capital formation. The laws and rules that govern the securities industry derive from a simple and straightforward concept, namely that all investors should have access to certain basic facts about an investment prior to buying it, and so long as they hold”.

The United Arab Emirates’ (UAE) regulator SCA, safeguards the rights of investors, promotes sound practices, and creates an environment attractive to capital, using innovative systems, leading to a sustainable investment environment within an advanced financial market. Additionally, it lists as a priority that it wants to keep the UAE in the top 10 most competitive countries.

Four different jurisdictions, all having the same scope (overseeing the financial markets) and more or less the same goal (create a fair and level playing field). The common charter sets up guidelines, rules, and regulations—perhaps better summarised as standards.

To provide consumer protection—for instance against fraud, and to ensure equal access to information throughout the process. All regulators see that this is especially needed in areas where there is not enough competition or not enough (self-regulatory) market power.

Ordinarily, a regulator is part of the executive branch of government and is empowered to legislative oversight. There is a significant organizational difference, however, when looking closer at the Singaporean and UAE regulators. Singapore has chosen to incorporate the regulator within the Central Bank and stimulates the regulator to work together with other Ministries. It also states that it wants to ensure Singapore’s financial industry remains competitive and remains a strong regional and international financial center.

That choice might challenge independence and objectivity. In the UAE, the Chairman of the regulator is also the Minister of Economy, where potential conflicts might arise. Like Singapore, the UAE also has a competitiveness priority, namely, to keep the UAE in the top 10 most competitive countries. Could this fact explain how is it possible that regulators from different countries, while having the same scope and having a similar charter, arrive at sometimes opposite positions?

Most likely there is not a direct, causal relationship, but that they are correlated.

As the US is more likely to spearhead economic, financial, and technological development, it is therefore also more likely “issues” arrive sooner in the US. This brings the US to the regulatory forefront, forcing the regulator to act first, potentially setting the tone globally.

Antitrust legislation in the 1970s was already taking place in the U.S. but virtually in its infancy in Europe, and hardly heard of in Asia. Most often, other regions learn from the available cases and more or less follow suit. Now, however, with no jurisdiction isolated from exposure to cryptos and ICOs, we see all regulators, in all corners of the world, being confronted with regulatory challenges. And all are forced to step up to the plate at more or less the same time. For better or for worse, this is a global market.

When we look at how regulators in different jurisdictions interpret and enforce their rules, ruling over an identical, global phenomenon, like an ICO, we see significant different outcomes. Let’s start with examining the various rulings and positions the regulators take. At the moment, we see three different clusters in which the various jurisdictions can be divided that represent their positions on cryptos and ICOs.

The friendly Island jurisdictions, who we know have regulators who also look at macro-economic interests, are predominantly innovation-friendly. Most likely, they will put up a fight to get the “biggest and baddest” projects registered in their jurisdiction. This will also propel more and more innovation, which will generate even more friendly regulation. Onshore jurisdictions will try to compete with traditional offshore jurisdictions, or will be required to compete, in order to stay in the game.

For the neutral or in-progress and indifferent environment (predominantly EU), it looks like there is a 50-50% chance the EU will become the next big arena for crypto/blockchain ventures or a barren wasteland that nobody wants to invest in. Although it is a toss-up for crypto, it looks like it is leaning more towards the US stance.

For negative or hostile environments (China, India, US) we will most likely see institutional actors, especially from the financial sector (like banks), feeling confident in entering this new market. This is, of course, driven by strict regulatory oversight. In the US, we may see a power shift between individual and institutional investors. Ironically, the United States is still the country that generates the most investments, yet fosters a hostile and over-regulated environment. To summarise this cluster, the playing field is once again changing from the Wild West to George Orwell’s 1984.

A big issue regulators face is, in our view—ironically—a reliability issue. The sheer existence of divisive views between regulators in just one country raises eyebrows, to say the least.

Why, having a similar scope and charter, and being confronted with the same phenomenon, can you arrive at such different positions on cryptos and ICOs? Unfortunately, we do not only see this demonstrated in the three regulatory clusters, but we also see it in one specific jurisdiction. Again, let’s look at the United States, where the Securities and Exchange Commission (SEC), the Internal Revenue Service (IRS), and the Commodity Futures Trading Commission (CFTC) all have different views and opinions and seek validation (or clarification?) at different Federal Courts.

The charter of any regulator is to inform and protect the market and the consumer. This ambiguity is far from helpful, let alone logical for the consumer.

The US is still considered to be a pioneering country when it comes to regulatory development, not to mention a tech-embracing country. But it seems to be losing part of its lustre. How can we have such a simple, but a globalized concept like Distributed Ledger Technology exposed to three different opinions and interpretations globally, and, even more curious, by three various regulatory agencies in the US alone?

Decentralization is a strong and powerful concept, and popular for a reason. To some, it is an answer to the many and complex challenges we currently face in our society, far outstretching technological applications. That “fear” of relinquishing power is something we see with an array of stakeholders (bankers, politicians, corporations) and can cause panic.

Also, the inability to oversee the consequences of an approval can prompt a better-safe-than-sorry approach. Forbid everything, and once we understand what it is, we give access slowly and gradually. Perhaps there are political lobbying forces at play?

Interestingly, over a dozen members of Congress have recently asked the SEC Chairman for clarity on cryptocurrency. Last November, when a US Judge ruled cryptocurrency is a commodity for purposes of a CFTC case, the ruling, almost by default, classified cryptocurrency as a security, a tradable financial asset. By doing so, the door was swung wide open for the SEC to step in. Until then, the SEC’s stance was perhaps best described as looking for an excuse to intervene. That judge’s ruling might have been the perfect excuse to do just that.

That regulatory ambiguity is not serving any purpose and leads to an impasse in the market. A lot of VCs, investors, and service providers believe whatever is tokenized in the US has to be considered to be a security. By adopting that attitude, they drop out of that part of the market. This results in missed opportunities, not stimulating innovation, and narrowing the pool of actors that can contribute to the growth of US-based tokenized companies. This does not honor the pioneering spirit set forth by the blockchain movement.

Vicarium seeks to become an authority in law, governance, and business consulting around blockchain and cryptocurrency. Both of the founders of the company have been involved with distributed ledger technology and cryptocurrency for several years. The founders also boast a 30-year business career and both possess ample academic qualifications.