Proof-of-Stake (PoS) coins are having a blast this week

Cryptocurrency tokens based on Proof-of-Stake (PoS) consensus algorithms have been booming over the last seven days as many of them are seeing weekly growth of 50% or more, according to CryptoSlate’s proof-of-stake sector data. 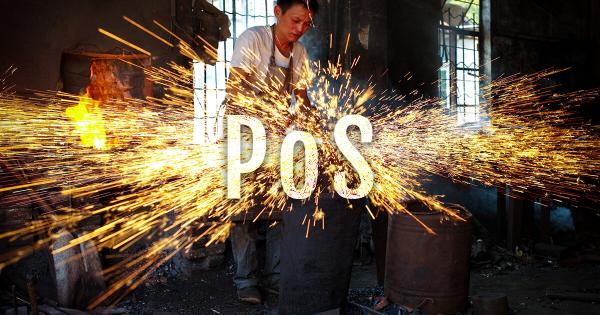 Photo by Kenny Luo on Unsplash

Cryptocurrency tokens based on Proof-of-Stake (PoS) consensus algorithms have been booming over the last seven days as many of them are seeing weekly growth of 50% or more, according to CryptoSlate’s proof-of-stake sector data.

Cardano, in particular, has been surging by up to 30% today and reached $0.45 at some point—the level not seen since January 2018. Its performance can be partially explained by recent important announcements and the overall positive sentiment that the blockchain has accumulated among the community.

For those who missed the update, Native Tokens are coming to the #Cardano main net end of Feb.

For starters, Cardano developers have recently announced that users will be able to launch their own native tokens on the blockchain later this month. Additionally, Cardano will become fully decentralized on March 31—when IOHK, the company behind the blockchain, will delegate all control over the network to independent stake pool operators.

Simultaneously, it was revealed that Solana, a high-throughput blockchain focused on speed and scalability, will be used in a pilot project that aims to help cannabis businesses in Nevada move away from physical cash payments to a “fully collateralized stable token.”

2/ ? Our updates for January include:

Finally, Cosmos will receive its next big update, dubbed Stargate, on February 18. It will introduce various tools for native blockchain interoperability and “enable seamless and simple integrations with any Cosmos-based decentralized application.”

Unlike computationally and energy-intensive Proof-of-Work (PoW) blockchains such as Bitcoin, PoS networks don’t rely on sheer hardware power to mine new blocks. Instead, they allow users to “stake”—basically lock up—their tokens to help maintain and secure the network.

The popularity of PoS blockchains is continuously growing because not only they don’t require powerful and expensive systems to operate, but also allow users to earn rewards depending on how many tokens and for how long they have been staking. Notably, Ethereum itself is currently in the middle of its multi-year plan to switch from a PoW to a PoS algorithm.