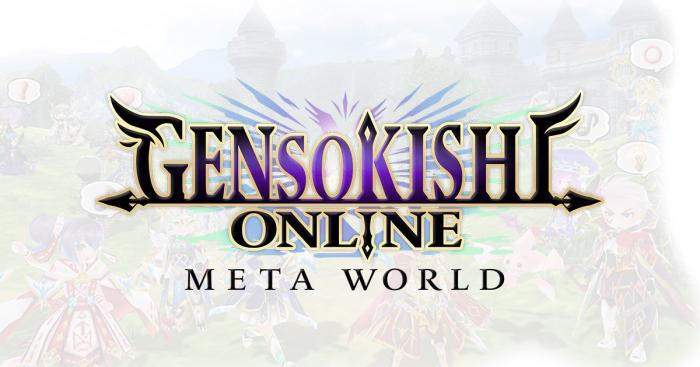 GensoKishi Online is excited to announce that on September 29th, 2022 10AM(UTC), their in-game token ROND will be listed on Bybit, a leading crypto asset exchange.

The currency pair will be ROND (polygon)/USDT.

🔥 Bybit is excited to announce that $ROND deposit will be open at 10AM UTC today! We’ve prepared a Deposit to Earn event with a prize pool of 500,000 $ROND just for you! @genso_meta

GensoKishi, the web3 sequel to the award-winning Nintendo Switch/PS4 game “Elemental Knights”, has undoubtedly become the most anticipated GameFi title to have originated from Japan. Now, GensoKishi will rebrand as “Genso” the No. 1 Metaverse from Japan.

“From the Gaming World to the Metaverse!”

Genso has all the factors necessary to become Japan’s number one Metaverse:

“The most LOVED game in Japan will become Japan’s No.1 Metaverse”

How will Genso become Japan’s No.1 Metaverse?

Users can explore many areas inside the Genso Metaverse- Lands created by various Japanese IPs, and also web3 brands that Genso have been collaborating with.

The ROND token is part of Genso’s key foundation to building a new economy within the Metaverse space. With this token, users will experience Genso as if it were a theme park full of Japanese brands and IPs.

Genso will also keep on improving the gaming world “GensoKishi Online METAWORLD” that will always be an integral part of the Metaverse “GENSO.”

2022 will be the genesis year of our Metaverse.

The team will accelerate their efforts to make “GENSO” a deeply rooted name in modern society .

To become the world’s go-to metaverse in means of Japanese IPs and brands, the Genso team is committed to investing in “GENSO” and building a stable economy based on the newly listed ROND (token).

AMA regarding updates on Genso to be hosted

CEO Maxi will host an AMA on the future plans of the GENSO Metaverse, and 5 participants of the AMA will receive a free Yoshitaka Amano x GensoKishi collaboration NFTs.

Bybit is a Singaporean crypto asset exchange founded in 2018.

Their user base consists of individuals from 130 different countries and is considered as one of the most popular crypto asset exchanges in the world.

What is ROND token?

ROND can be exchanged for miniROND (hereafter referred to as mROND) and be brought into the Metaverse.

mROND currency can be used for various economic activities such as production, distribution, and consumption in the Metaverse.

For example, mROND currency can be used to purchase items, base weapons and armor; to pay for participation in different modes, events and quests that are only available under certain conditions; to strengthen and forge base equipment; to trade NFTs; and to produce UGC (User Generated Contents) maps.

By selling items obtained from adventures within the fantasy world or defeating monsters in the Metaverse, GensoKishi establish a “Play to ECO” environment and mROND can be earned. One of the most important features of the Metaverse is that mROND earned within the Metaverse can also be exchanged for ROND.

The MV token is the governance token for the Genso Metaverse. By owning MV tokens, players receive various rights and privileges inside and outside the metaverse. For example, to bid in our LAND auctions and Cosplay NFT auctions you need $MV. The UGC feature is an important feature of the metaverse, and to unlock this feature you need to stake a certain amount of $MV (UGC allows users to earn by designing/creating original maps, NPCs, and Cosplay NFTs). Also, by staking $MV, players receive $ROND, our in-game token.