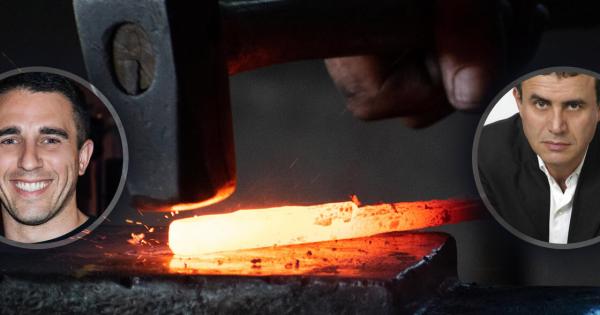 Photo by Hannah Gibbs on Unsplash

Nearly a week since his furious condemnation of all things blockchain at the U.S. Senate, it seems that Nouriel Roubini, American economist and veteran blockchain naysayer known as ‘Dr. Doom’, is yet to exhaust his arsenal in a fiery one-man stand against the cryptocurrency community.

The latest combatant of Nouriel – who has taken aim at a handful of the young industry’s more esteemed figures and projects, including Bitcoin maximalist Anthony Pompliano, challenged the tenured professor to put his money where his mouth is after a weekend-long skirmish on Twitter.

lol crypto is the best performing asset class in the last 5 years. I'll make a bet with you?

Pompliano – founder and partner at Morgan Creek Digital, received initial resistance from Roubini when publishing his obligatory “this week in crypto” update on Twitter.

This week in crypto:

While underscored with various developments industry-wide, the update’s fourth point, “crypto unites against @Nouriel attacks”, would likely flap as a matador’s cape to Roubini — who has clashed with a remarkable number of crypto heavyweights since his Oct. 11th testimony at the U.S. Senate — characterized by his assertion of cryptocurrency as a “stinking cesspool” and “the mother or father of all scams”.

The Pen: Mightier than the Sword?

75% of bitcoin mining is done in China. & BTC mining is a centralized oligopoly with significant market power & serious risks as an academic paper from Princeton U shows. But u keep on spewing the myth of BTC decentralization. Also proves my point: BTC is more unequal than NK https://t.co/IMG2vONEfg

Pompliano — who in June bowed out from Twitter on account of the platform’s antagonistic culture and “ad hominem attacks” — appeared to have an appetite yet for bona fide debate. In response, he queried Roubini on his holdings of Bitcoin:

Nouriel – do you own Bitcoin today or have you ever purchased it? Serious question.

While the usual bipartisan vitriol brewed in the sidelines of the comment-thread, the self-declared “global nomad” economist, Roubini, claimed he had never taken any investment positions in Bitcoin, blockchain, or any other cryptocurrency for that matter — in the process throwing in a couple of quick jabs at Pomp’s appetite for ‘book talk’.

If u read my Senate Testimony u would know my full disclosure: I have never had any long or short positions in BTC or any other crypto-currency or blockchain venture. NONE. BTC can go to the Moon or to 0 & I will never make a penny either way. Unlike u I don't talk my book 24/7 https://t.co/31EA5T06mD

Pomp, however, didn’t appear to buy a suggestion of impartiality. Leaning on his apparent ‘kill with kindness’ approach to a Twitter altercation, the American entrepreneur and crypto-celebrity dodged the attack, claiming Roubini was, in fact, investing against Bitcoin with the U.S. dollar.

Where Roubini may have been holding back, this particular suggestion seemed to curdle the economist’s blood. Proceeding to colorfully revile both Pompliano and HODLers industry-wide, Roubini came out guns blazing in an assault on the investment potential, credibility, and longevity of the emerging asset class.

Your pseudo logic is totally idiotic. Yes I am not a scatologist buying cans of shitcoins worth 0 or rather negative with their environmental externalities. It is an investment choice: I am not a masochist HODLer losing 95% of my wealth in a year. Get a life u conflicted lakey https://t.co/QROqjk4ZFp

Pomp to Roubini: Get “Some Skin in the Game”

Having for years burned a trail of apocalyptic predictions for Bitcoin and the net cryptocurrency market, Roubini appears to have taken the year’s downturn to salvage some truth from his original claims.

To Pomp, it would seem some bluffs need to be called, however. Pitting investor against economist, Pomp doubled down with a $10,000 bet that Bitcoin will outperform Roubini’s winning pick.

lol crypto is the best performing asset class in the last 5 years. I'll make a bet with you?

Offering no direct response, Roubini stated in a peripheral tweet that he would not partake in such a gauntlet, for want of retaining his “intellectual independence” and avoiding “conflict of interest” — and, finally, describing the offer as a “shitcoin bet”.

No thanks. As wrote in my Senate Testimony I have NEVER had any long or short position in crypto to keep my intellectual independence & avoid any conflict of interest. Unlike you I don't spend 24/7 talking my book; your talk is biased as your net worth depends on crypto success https://t.co/OTssEuImB5