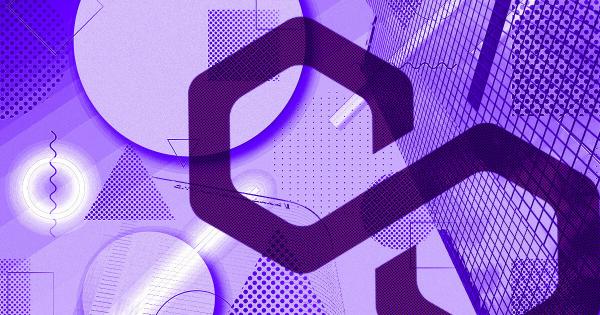 When everyone is talking about web5 and a potential future internet built upon Bitcoin, Polygon is showcasing the potential of web3. Writer for TodayinPolygon, Narb, broke down some of the biggest brands currently working with Polygon.

Most of the projects utilize the low-energy use sidechain to mint NFTs for their brands. While Polygon offers many advantages for developers beyond NFTs, it seems that at present traditional brands are most interested in dipping into web3 through NFTs rather than more complex web3 implementations. However, several financial corporations also use Polygon to facilitate low-cost crypto transactions for their customers.

Draft Kings is a betting, casino, and fantasy sports company based in the US. The Draft Kings NFT marketplace is built on top of Polygon to allow investors to buy and sell sports NFTs via the Draft Kings website. The company also runs its validator for the Polygon chain.

The NFL also used Polygon; as Narb states, “Through a partnership with Ticketmaster, the NFL launched Virtual Commemorative Tickets that it will distribute to fans attending select games on a complimentary basis. NFL NFTs created on the Polygon network.”

Liverpool Football Club also utilized Polygon to launch its NFT collection. However, the project has been branded a disaster. Around 94% of the NFTs remained unsold. The football club raised around $1.4 million from the sale, which was a long way shy of its $11.2 million goals. In a statement, Liverpool FC chose Polygon because “creating an NFT on Polygon has the same carbon impact as sending just 2.5 emails, meaning LFC NFTs consume 99.95% less energy than projects on Ethereum.”

Dolce & Gabbana broke the record for the highest value fashion NFT with a $6 million sale via its partnership with UXND. The release made its way into traditional fashion news cycles, with institutions such as Vogue covering the release declaring it “A Million-Dollar Success Story.”

Macy’s even joined the NFT revolution by launching an NFT of its infamous Thanksgiving Day Parade. According to the Wall Street Journal, the retailer was “auctioning off 10 digital images of its Thanksgiving Day parade balloons including a floating firefighter from the 1940s.”

Adidas & Prada joined forces in January to launch an NFT collection on Polygon. The project was designed to reward Adidas “Into the Metaverse” NFT holders with “creator-owned art” by digital artist Zach Lieberman. The final artwork has now been completed and can be viewed here. Individual tiles from the piece can be bought separately on OpenSea. The total volume of the overall artwork is currently 471ETH.

Adobe has integrated Polygon into its artist portfolio application, Behance. Artists, creators, and developers use Behance to showcase their talents online to fans and potential collaborators. Behance was launched in 2005 and has over 10 million users who now have an onramp to web3 through Adobe and Polygon. NFTs minted on Polygon can be displayed on Behance with a link to OpenSea to reveal further information.

Meta announced in May that it would be launching NFT integration with Instagram. The platform was launched to a handful of influencers on Polygon, with Ethereum, Flow, and Solana to follow. The choice to launch solely on Polygon is a bold move for one of the world’s largest companies. It further establishes Polygon as the go-to blockchain for traditional onboarding businesses. Ryan Wyatt, CEO of Polygon Studios, announced that Facebook chose Polygon due to

⛓️ The scale we can offer

💻 The developer ecosystem choosing to build on Polygon.

Stripe announced in April that it would begin testing $USDC payments via Polygon to Twitter creators. Twitter users who earn money through events such as ticketed Spaces can cash out via USDC instead of traditional banking methods.

Most recently, Circle confirmed that it would support USDC payments via Circle accounts and the Circle API without “manual bridging.” The integration into the Circle Account allows developers to convert fiat into crypto through a simple API mechanism. Circle stated,

With more than 19,000 apps and 2.7 million monthly active wallets, Polygon is a leading ‘layer 2’ scaling solution for the Ethereum network.”

The company further revealed that users will be able to use the “platform to quickly swap Polygon USDC for native USDC across any supported chain.”