The LFC Heroes Club Collection auction ended this week with around 94% of the available NFTs unsold. A look at the public feedback towards the project shows the average fan isn't interested. 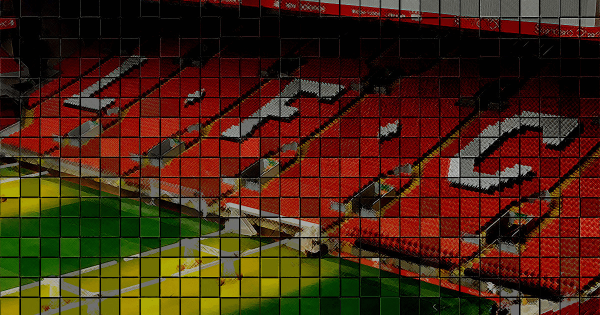 Premier League football club Liverpool is reeling after its six-day Sotheby’s auction ended on Monday, having sold just 9,721 out of an available 171,072 NFTs.

The LFC Heroes Club Collection is described as cartoon avatar depictions of the Liverpool squad. Token holders are granted “access to a range of ongoing benefits.”

“Holders have access to a members-only LFC Discord community chat channel where they can interact with other passionate LFC Heroes Club members. Additional benefits include virtual hang-outs, competitions, guest appearances, updates from the LFC Foundation and LFC retail discounts.”

In addition, a percentage of the proceeds will go to the LFC Foundation. This independent charity provides support in the local area (and beyond) for sports activities, health and wellbeing, and youth interventions, among other aims.

In recent times, gamers have made it clear they don’t welcome NFTs due to the potential monetization strategies they offer game developers. Based on the poor uptake of the LFC Heroes Club Collection, sports fans hold a similar view.

The LFC Heroes Club Collection was available as part of a two-tier auction. The “Legendary” auction featured 1/1 NFTs of the 23 squad members plus first-team manager Jürgen Klopp.

The “Hero Limited Edition” auction made up the remaining 171,048 NFTs. This range also features the squad, but each NFT varies according to the background color and “Match Mode, Fresh Mode and Super Mode traits.”

The revenue generated by the Legendary auction comes to $745,290. Of which 50% will go to the LFC Foundation.

What does the community say?

Liverpool Football Club was keen to stress that the LFC Heroes NFTs operate on the energy-efficient Polygon blockchain, making the Collection environmentally friendly.

“We have chosen to mint all LFC Heroes Club NFTs on Polygon, one of the most energy-efficient blockchains. Creating an NFT on Polygon has the same carbon impact as sending just 2.5 emails, which means LFC NFTs consume 99.95% less energy than projects on Ethereum.”

However, in conjunction with the charitable element, this wasn’t enough to rouse sufficient interest in the project.

It appears that although just under 10,000 Liverpool NFTs have been bought, the number of buyers is significantly less than 10,000. In several instances, single buyers have bought multiple NFTs, further calling into question the number of people in total who have made a purchase pic.twitter.com/GR0JQngfUu

Football Journalist David Lynch said the club had been weighing up the pros and cons of releasing an NFT collection for some time. But in the end, they opted to go, ahead despite the drawbacks, for reasons of financial gain.

Liverpool have spent a long time assessing external sentiment around NFTs in recent months and were warned about potential harms to investors/the environment but proceeded anyway. Presumably the financial gain outweighs any backlash as far as they’re concerned. https://t.co/zQzvghlKds

An examination of grassroots sentiment shows there is enormous skepticism towards digital assets. Common themes include NFTs being a vehicle for tax evasion, copying pictures is the same as owning the NFT, and this being a money grab for Liverpool Football Club.