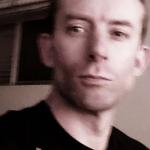 Julian Kopald Verified - Julian Kopald has verified that all information present on this page is factually accurate.

Julian is into Art, Creative Business Adventures, Ideas, Strategies, and Travels. Julian bought his first bitcoins for 22 cents on the BTC-E exchange while living in Argentina and ever since has been inspired by the idea of bringing currency freedom to the world. He funded the original Bitcoin Dark Wallet, bought “TheBitcoinETF.com” and tried to start a Bitcoin ETF in 2012, before going on to release some of the first multi-currency banking apps, and now Prodoge.

Julian has lived in 9 countries, founded the Peak and Spartan Race brands, has worked in AdTech, on Wall Street, and his artwork is regularly featured at exhibits in Los Angeles.