The tiny Mediterranean island of Malta is fast becoming a mecca for the blockchain industry. Just three weeks after Binance announced their intention to set up an operational base in Malta, the world’s second-largest crypto exchange, OKEx, has said that it intends to expand operations to the island. 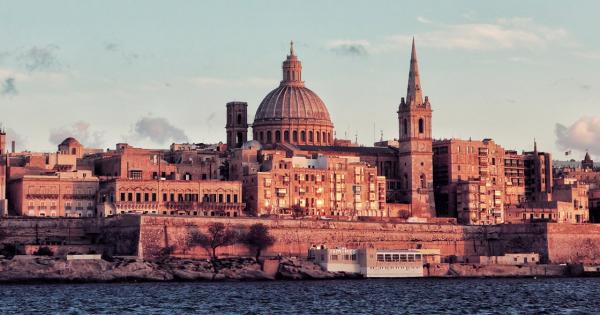 The tiny Mediterranean island of Malta is fast becoming a mecca for the blockchain industry. Just three weeks after Binance announced their intention to set up an operational base in Malta, the world’s second-largest crypto exchange, OKEx, has said that it intends to expand operations to the island.

In a tweet early on Thursday morning, OKEx announced that they would take advantage of the country’s comprehensive blockchain initiatives:

Before the announcement, they are reported to have had a series of negotiations with the Maltese government, with the CEO stating:

OKEX Technology Company Limited (OKEx) is proud to announce that it will be expanding to Malta. OKEx met with the Maltese government and regulatory leaders to understand their legislative and regulatory plans, and provided written feedback and engaged in open dialogue. We are confident in the Malta government’s approach and decided to make Malta a foundation for further OKEx growth.

The statement expressed the enthusiasm of OKEX – saying that they are eagerly anticipating joining the quickly growing Malta Blockchain community, which will see a big event in October with the government-sponsored DLT Delta Conference.

The final sentence even seems to suggest that further expansion in the European continent might be possible, suggesting that Malta could serve as a strategic base for expansion.

Using the motto “Blockchain Island,” Malta has promoted itself as a crypto-friendly destination in a bid to make itself an attractive jurisdiction for this new industry.

More crucially, it has also established lenient legislation concerning the regulation of Blockchain, cryptocurrencies, and ICOs.

In February, they released a document entitled “Malta – A leader in DLT Regulation,” which presented a conceptual framework for DLT technologies to become certified in Malta, and proposed legislative developments including the establishment of the Malta Digital Innovation Authority – which will focus on encouraging growth in the space and protecting the public.

The country has also recently signed up with 21 other EU member states in the European Blockchain Partnership, to foster cooperation and the sharing of expertise and experience in regulating the field.

The Maltese Prime Minister, Joseph Muscat, has expressed optimism about blockchain, saying the government needs to enter “uncharted waters” to attract this niche sector of the economy. He commented:

“Fintech, blockchain and virtual currencies will be the base of the new economy in a few years.”

The approach is indeed working, with the two most significant exchanges by volume now setting up shop on the island. As the second most prominent exchange, OKEx handles over a billion dollars worth of trades every day, offering token trading, spot, and futures trading. It also offers margin trading for users that would like to trade on leverage.

Which exchange will be next to relocate to Blockchain Island? Only time will tell.