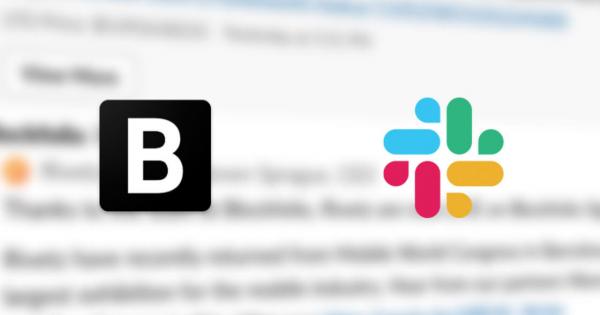 Blockfolio unveiled a new Slack integration for Blockfolio Signal, a communications platform built exclusively for cryptocurrency teams to connect with their communities. The integration allows project teams, traders, and enthusiasts to remain informed through the convenience of a Slack channel.

Blockfolio is a popular mobile app that originally started as a tool for cryptocurrency investors to monitor their portfolios. Based on data provided by the company, over 5 million people have downloaded the app to manage their cryptocurrency portfolios.

Since its inception, the app has grown to include a number of different features to keep holders informed. One of those features is Blockfolio Signal, a platform built into Blockfolio that enables senior-level team members of a cryptocurrency project to communicate with their communities.

CryptoSlate reached out to Blockfolio CEO Edward Moncada and he had the following to say about the feature:

“Blockfolio Signal is a broadcasting platform we’ve built from the ground up specifically for the unique communication and community building needs blockchain projects in our ecosystem face. Team leaders can now safely broadcast direct to their communities without exposing their followers to fake giveaways or scams.”

At the moment, over 350 team leaders actively broadcast on Signal with representation from most of the top 200 projects. Some of the projects that actively broadcast: TRON, Monero, Dash, NEO, NEM, Zcash, Maker, Ethereum Classic, 0x, Decred, Ontology, Kyber Network, and others.

For those using the mobile app, new users who add a coin to their portfolio automatically receive Signals from the team.

Now, those who do not use Blockfolio app can utilize Blockfolio Signal through Slack. Today Blockfolio announced the launch of its Slack integration, allowing users of the workspace platform to get market updates in a Slack channel of their choice.

The announcement of the new Slack app comes after several moves from the company. On Feb. 26th, Blockfolio became a launch partner for HTC’s new Exodus 1 blockchain phone.

The process to add Blockfolio Signal to Slack is straightforward. Authorize the app, invite the “blockfolio” bot to a channel, and select which coins to receive Signals from. 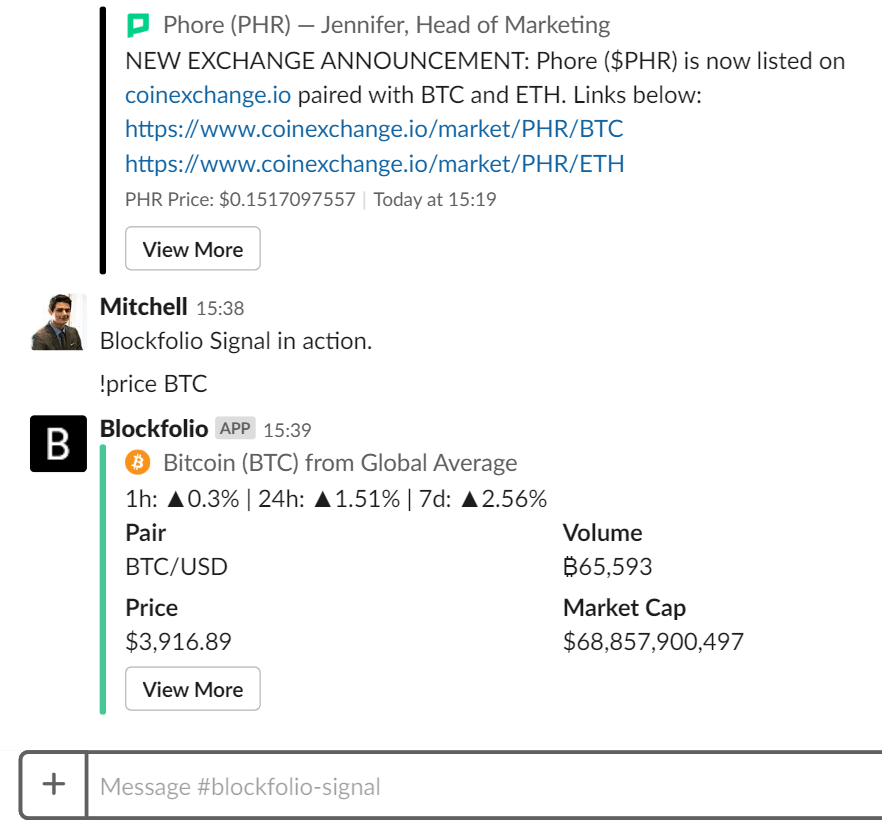 “We’re excited to roll out the Blockfolio slack app to further extend this valuable broadcasting service beyond those who use our app.”

Hopefully, as communication tools are developed and improved it will help facilitate more transparent and timely communications between crypto projects and their users.