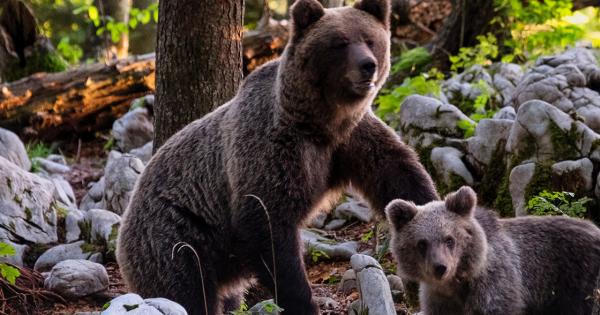 The cryptocurrency markets have left many devastated. After cratering and losing over 80 percent of its value since 2017 highs, companies have contracted and individuals have become disillusioned with blockchain. Ed Moncada, the CEO of Blockfolio, has been there before, and shares his experiencing surviving—and even thriving—during the bear market.

Edward Moncada is an engineer-turned-entrepreneur who pioneered Blockfolio in 2014. The portfolio tracker exploded in popularity during the bubbling market of late 2017, allowing the company to expand its team from three members to forty. And, in October of 2018—at the trough of the market—the company was able to raise over $11.5 million from venture capital funds, such as Pantera Capital, BitMex, Pathfinder (Founder Fund’s early-stage investment firm, both of which are owned by Peter Thiel), and others.

As it stands, Blockfolio could be the most used crypto-related mobile app in the industry with over five million downloads and hundreds of thousands of daily active users. Additionally, Moncada claims to have a “pulse on the industry,” with Blockfolio, by necessity, touching hundreds of different cryptocurrency projects, allowing him to be clued into what is actually happening in the market.

CryptoSlate interviewed Ed Moncada to get a better understanding of how Blockfolio survived the bear market, and Moncada’s comments may be insightful for companies and people looking to make the most of the contraction.

During the bull market of late 2017, many companies, such as RChain, ConsenSys, and Bitmain were able to grow at an alarming rate. This kind of behavior is possible when companies are able to raise billions in an initial coin offering, and when companies in blockchain are systemically overvalued.

This has negative side effects. Larger rounds for less mature companies tend to lead to disincentives to launch an effective product. Many of these companies are unlikely to ever make more than what was initially made during fundraising through no-strings-attached tokens that give purchasers no rights to equity in the company. This leads to negligent risk-taking, misallocation of capital, and poor spending decisions.

Now, as the market has shrunk by over 80 percent from all-time highs, many of these companies are suffering from risky decision-making with morale-destroying layoffs, division closures, and in some cases, bankruptcy.

Moncada has a different outlook on how to approach the boom and bust cycle. Instead of pushing a company to the limit by trying to grow as quickly as possible, the Blockfolio CEO cautions companies to act proactively rather than reactively.

Moncada also recalls surviving through the bear market of 2015, where the cryptocurrency markets went from a capitalization of $15 billion in December of 2013 and bled-out down to $3.5 billion by January of 2015—over a 75 percent loss of value. At the time, Bitcoin comprised over 70 percent of the market, with XRP making up much of the remainder.

Having lived through multiple crypto recessions, in addition to Blockfolio’s unique position in the industry as a network-builder, has allowed the company to develop a strategy to make the most of market downturns. According to Moncada:

As a startup, even if a company raises a spectacular early-stage round (as many have during the ICO craze), there is still no guarantee of when the next injection of cash will come. Moncada keeps this in mind in the day-to-day operations of the company. Although some have suggested that Blockfolio’s spending is “extravagant,” the CEO described it as exactly the opposite.

“We fly economy to conferences, and even go so far as sharing hotel rooms… even though we buy lunch for our employees every day at the office, the decision was calculated to boost productivity… [employers] usually lose an hour per employee when they go out to lunch.”

On average, Blockfolio was spending roughly $270 per day for feeding the entire team based on receipts CryptoSlate reviewed for the month of January. That said, when the cost of talent easily exceeds $100,000 in Los Angeles, even an extra thirty minutes of productivity makes the expenditure worth it, suggests Moncada.

As for Blockfolio’s location in Santa Monica, Los Angeles, Moncada asserts that the price of the company’s office is substantially lower than comparable spaces in the area. Another decision the company made was to proactively reduce the staff from 41 to 37:

“We wanted to avoid ripping off a major limb, like some of these other companies have done. Employees become fearful when their jobs are at risk… [and] companies need to be tactical with their funding.”

Blockfolio didn’t make the cuts because falling cryptocurrencies necessitated it, as it may have done at Bitmain, Steemit, GigaWatt, and ConsenSys.

“Early stage, non-revenue generating startups typically raise enough cash on hand to have 18 to 24 months of runway. We made cutbacks to ensure that we will deliver on our runway targets… These proactive cutbacks ensure we fall comfortably in that 18 to 24-month window.”

These thoughts culminated in one of Moncada’s main points:

“I’ve been around since 2014. We operated the first two years with less than $45,000. In the 2015 bear market, we survived because we knew how bad it was going to be, and we addressed that by being proactive.”

Meanwhile, most of the cutbacks at Blockfolio actually occurred at its sister company, DataBlock—a business that aimed to return control of data back to users via cryptocurrency tokens, with Blockfolio acting as the proving grounds and a built-in customer base. This leads to Moncada’s next point.

Focus on the Core Business

Moncada’s comment suggests that during bull markets, when access to capital becomes easier, is when companies should explore different models and different revenue streams. However, when markets inevitably sour, companies should return back to their core competencies:

“We shut down Datablock so our company wouldn’t be spread too thin. Our core business is portfolio tracking, and we didn’t want to do two things that would distract from our primary focus.”

Even though the CEO’s comments suggest that the company could have kept Datablock running, the market conditions didn’t warrant the continuation of the sister company. Blockfolio and Datablock reshuffled the teams and, regrettably, had to let go of several “outstanding” employees, according to Moncada.

“There is value in creating networks. Our niche, our focus was Blockfolio as a network. We didn’t want to be distracted by doing too much,” Moncada stated during the interview.

This is a tenet of the startup philosophy, with entrepreneurs reiterating that a startup needs to focus on one thing and do it really well. Some companies, like ConsenSys and Block.one, may have violated this principle during the froth of 2017, leading to catastrophic cuts in the aftermath.

Build “When There’s Blood On the Streets”

In contrast to experimenting during a bull market, Moncada’s final piece of advice was that the best time to build and buy was during market downturns:

“From a risk perspective, it’s better to get in during a period of accumulation, when the market’s sideways. When you see the market going straight up, you know it can’t go on forever. Buy when there’s blood in the streets.”

“This is especially true in portfolio tracking. We already knew to reduce marketing spent. In the bear market, there’s no viral coefficient [for people sharing the Blockfolio app]. Nobody wants to look at how much they’re losing. Whereas in a bull market, everyone wants to show how well they’re doing. We’re taking advantage of these times to build a better product and a better experience for when the next bull market comes around, and when it does, we’ll be positioned to be the leader.”

During a bear market (although access to capital is constrained) the cost of development and the cost of talent is much lower as the industry sheds employees. Furthermore, it’s easier for nimbler companies to compete with startups that grew too quickly and are now feeling the pain of overextension.

As for the crypto markets, Moncada gives the following suggestions for those looking to jump in:

“If anything, it feels like prices are suppressed at this point. In my view, I feel like we’re at where we were in 2015—if you look at the market, and this is speculative, but I suspect we’re at or near the bottom.”

Edward Moncada is the Co-Founder and CEO of Blockfolio. Learn More