Historical price-action dating back to 2012 suggests January is the poorest-performing month for Bitcoin, while November may bode best for the bulls. 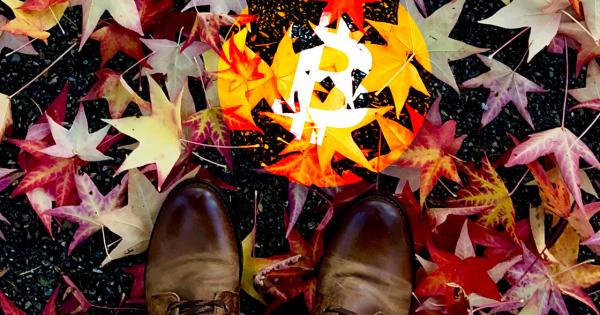 Historical price-action dating back to 2012 suggests January is the poorest-performing month for Bitcoin, while November may bode best for the bulls.

Research shared Twitter user @Bitdealer_ shows that average returns for each monthly change in Bitcoin’s price since 2012, calculating seven-and-a-half years of data from January 2012 to June 2019.

January usually closes in the red—but only just

With five negative-returning and three positive-returning months since 2012, Bitcoin’s median January return is -0.18 percent–the only month of the year with an averaged loss.

The remaining 11 months of the year have all seen positive gains for the top cryptocurrency by market capitalization, based on total averages.

Still, March not typically a winner

While January winds up the poorest-performing month based on aggregated returns, March is in fact more likely to close at a loss with only 2013 and 2019 closing in the green.

November bodes well for bulls, but the jury may be out

Aside from November 2018’s dramatic 37.01 percent decline, the month has posted positive gains every year since 2012 and has by far been the best-performing with a median 75.58 percent increase.

Despite Bitcoin’s supposed non-correlation with the stock market, the coin would appear to be forming seasonal tendencies—the propensity for an asset to undergo predicted changes in price at a certain time of year.

The “January effect”, for instance, is the well-formed hypothesis that stocks tend to rally in the first month of the year. Bitcoin’s apparent reverse-January effect would give the impression that the largest cryptocurrency by market capitalization and daily trading volume is in fact negatively-correlated with stocks.

It must be said that seasonality is an emerging field of research within Bitcoin’s limited data set, however, with less than a decade of comprehensible price-action available compared to more established asset classes.

Findings would likely be corrupted by analyzing price pre-2012, when the handful of primitive exchanges in existence dealt with significant security breaches and dubious price discovery—arguably the most infamous example being June 19 2011’s “flash crash”, when BTC plummeted from $32 to $0.01 on the then-dominant Bitcoin exchange, Mt. Gox.