If you were around on Crypto Twitter last week, you likely remember Peter Schiff—CEO of Euro Pacific Capital and a long-time skeptic of Bitcoin—was all the rage on the weekend; I opened up my timeline and Schiff’s name appeared again and again and again. 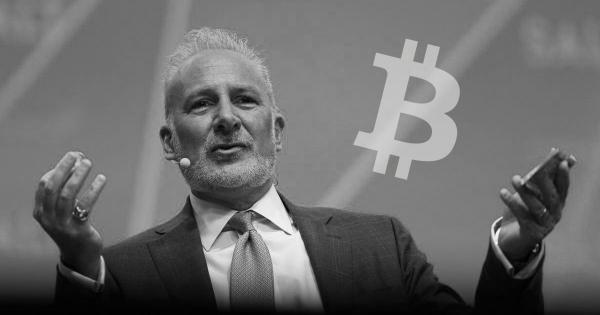 If you were around on Crypto Twitter last week, you likely remember Peter Schiff—CEO of Euro Pacific Capital and a long-time skeptic of Bitcoin—was all the rage on the weekend; I opened up my timeline and Schiff’s name appeared again and again and again.

For those who missed the memo, on Saturday he wrote in a viral(ish) tweet that he “lost all the Bitcoin I have ever owned,” citing his belief that his “wallet got corrupted somehow and my password is no longer valid.”

I just lost all the #Bitcoin I have ever owned. My wallet got corrupted somehow and my password is no longer valid. So now not only is my Bitcoin intrinsically worthless; it has no market value either. I knew owning Bitcoin was a bad idea, I just never realized it was this bad! pic.twitter.com/6SJvDJOZU6

Unsurprisingly, everyone and their mother in the cryptocurrency industry was quick to respond to Schiff with skepticism. Some stated that it is more likely that Schiff lost his password than the “wallet corrupting”; Others responded with the now-outdated “OK, boomer.”

The common theme among these rebuttals being that no one believed the wallet software Schiff was using suddenly bit the dust.

The libertarian stuck to his guns, though, until he didn’t. Just today, Schiff revealed that for once, the community was right, and his wallet, revealed to be from Blockchain, did not corrupt.

Schiff’s Bitcoin loss was not a wallet problem

In an update to this imbroglio posted Tuesday, Schiff wrote that the “Bitcoin mystery is solved,” revealing that he mistook his PIN for his password, meaning that he can’t sign into his account:

“I tired logging back in using my pin, which was the only ‘password’ I had ever known or used. I also never had a copy of my seed phrase.

My #Bitcoin mystery is solved. I mistook my pin for my password. When Blockchain updated their app I got logged out. I tired logging back in using my pin, which was the only "password" I had ever known or used. I also never had a copy of my seed phrase. Honest but costly mistake!

He continued by asserting that his problem “was not a corrupted wallet, but my confusing a PIN for a password.”

What did Schiff lose?

Regardless if it was the wallet that was corrupted or password mismanagement, Schiff’s Bitcoin is most likely gone. Gone forever. But what exactly did he lose? Did he have a secret BTC stash of millions wiped from existence?

A small portion of the sum was an “about $100” gift of BTC he received. The majority was from the time Schiff posted his Bitcoin address on Twitter after being urged to do so by Anthony Pompliano, one of Bitcoin’s loudest fans on Twitter—I’m sure you’ve seen the incessant stream of Pomp’s “the virus is spreading” tweets.

For some reason, many were quick to send Schiff thousands of satoshis, the smallest unit of BTC. And soon enough, he had over 0.1 of an entire coin sitting pretty in his wallet.

The funny thing is, he didn’t really lose anything in this wallet debacle, (aside from internet popularity points anyway).

After he bagged the nearly $2,000 in BTC donations last year, the gold proponent asserted on Twitter that he was committed to becoming a  “HODLer,” adding that he will “go down with the ship.” This was presumably a critique of the Bitcoin industry’s incessant desire to HODL cryptocurrency, even if the industry’s backdrop is harrowing.

Not a laughing matter, some say

While many have taken Schiff’s loss of Bitcoin in jest, making statements like it “adds to BTC’s scarcity” or “OK, boomer,” some have said that it highlights a larger issue in the cryptocurrency space: the high barriers to entry in using Bitcoin and cryptocurrency software for simple tasks, and the tradeoffs between security and convenience.

Vitalik Buterin, the founder of the second-largest cryptocurrency Ethereum, posted the tweet below in the midst of the discussion surrounding the tweet. In it, the Russian-Canadian crypto wunderkind asserted that those saying “crypto is what it is, it’s your job to be super-careful and write down backup seeds” have him disappointed.

Disappointed at people replying to this with "crypto is what it is, it's your job to be super-careful and write down backup seeds in three places". We can and should create better wallet tech to make security easier.