NEO, Ontology, and VeChain appear to be recovering quickly

Some of the most prominent China-based blockchain projects appear to be recovering quickly after the recent downturn in the market. 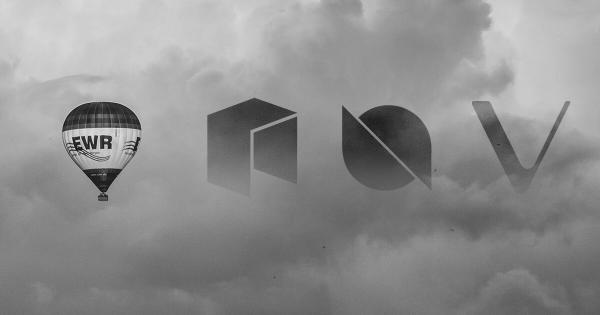 Some of the most prominent China-based blockchain projects appear to be recovering quickly after the recent downturn in the market. The following technical analysis evaluates whether NEO, Ontology, and VeChain have the potential for a further advance.

The TD sequential indicator adds credibility to the bullish outlook. This technical index is presenting a buy signal in the form of a red nine on both the 1-day and the 12-hour chart. A green two candlestick trading above a preceding green one candle on any of the two timeframes could validate the bullish signal. If this happens, NEO may surge for a one to four candlesticks or begin of a new bullish countdown.

The combination of the red nine candlesticks with a spinning top on the 1-day chart and a reversal doji on the 12-hour chart are strong indications that NEO is preparing for an upswing.

Nonetheless, if the selling pressure behind this crypto rises taking it to close below the recent low of $8.41, then a further correction would take place. NEO could plunge to the next support level at $7.80 or even lower to $6.70.

Ontology was one of the cryptocurrencies that benefitted the most from Chinese President Xi Jinping’s decision to embrace blockchain technology. Following the announcement, ONT skyrocketed nearly 120 percent to hit a high of $1.19 on Oct. 27.

Despite the bullish sentiment that China brought into this cryptocurrency, less than a month later it plummeted to the same level where it began surging. This is a clear example of a classic pump and dump scheme.

Under this timeframe, a bullish divergence is forming between the relative strength index (RSI) and the price of ONT. Divergences occur when an oscillator such as the RSI disagrees with the actual price movement. Thus, an RSI making a series of higher lows while prices are declining is indicative of an improving trend. And, the chances for a trend change from bearish to bullish increases.

A series of support and resistance levels could help determine whether Ontology is bound for a bullish impulse.

A close above the $0.635 resistance level could be succeeded by an increase in demand that takes ONT to test the $0.73 barrier. From that point, this crypto would have to face the next resistance levels at $0.83 and $0.93.

Conversely, if the bullish signals previously mentioned are invalidated Ontology could continue the bearish trend. Thus, closing below the $0.55 support level would likely trigger a spike in sell orders taking this cryptocurrency down to $0.50 or $0.45.

VeChain has enjoyed a healthy uptrend after rumors that link it with China’s launch of a nationwide vaccine tracking system. Allegedly, the company has been working on drug traceability, monitoring, security, and auditing solution for the nations’ pharmaceutical industry since 2018. And, the platform will launch in March 2020.

As the true utility of VET is presented, investors appear to be backing up this cryptocurrency. Since late October, VeChain is up 113 percent and is signaling a further advance.

The bullish momentum appears to have been technically triggered by a golden cross that developed on VET’s 1-day chart between the 7, 30 and 50-day moving averages. This formation occurs when a short-term moving average crosses above a long-term moving average signaling a potential bullish breakout. Many investors see this pattern as one of the most definitive buy signals that could start a long-term uptrend.

Although VeChain recently retraced over 40 percent, the 50-day moving average was able to act as support allowing this crypto to rebound. Now, VET is back above the 7-day moving average, which estimates a continuation of the bullish trend.

Along the same lines, the TD sequential indicator is presenting a buy signal under the same timeframe. Based on this technical index, the moment a green two candlestick trades above a preceding green one candle can be considered as a bullish signal.

Even though the entire cryptocurrency market went through a massive sell-off recently, it seems like these China-based tokens could be recovering soon. At the moment, NEO, Ontology, and VeChain present bullish signals estimating that a bullish impulse is underway.

Despite the bullishness seen across these cryptos, it is wiser to always wait for confirmation before entering a trade. And, one must be cautious about the different support levels that could break and trigger a sharp decline.

Neo is an open-source, community-driven platform that is leveraging the intrinsic advantages of blockchain technology to realize the optimized digital world of the future.. Learn more