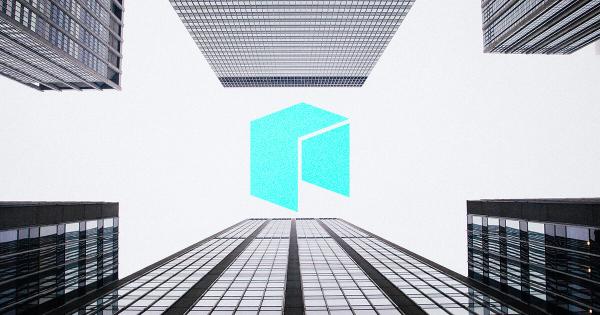 Photo by Israel Sundseth on Unsplash

Blockchain platform Neo has announced that it has joined the InterWork Alliance (IWA) as a founding board member. In a press release shared with CryptoSlate, the company said that it will work with other IWA members, including Microsoft, IBM, Nasdaq, and UBS, to promote tokenization standards and encourage mainstream adoption of blockchain technology by businesses.

In a press release shared with CryptoSlate, the company said that it has joined IWA as a founding board member and will work alongside other launch members such as Microsoft, IBM, Nasdaq, UBS, and Accenture to develop next-generation internet (NGI).

The company will use its position in the market to empower large-scale, commercially viable blockchain applications and solutions.

“Digital assets are at the core of Neo, and we’re excited to come together with IWA together to drive mainstream adoption by developing standards that will foster greater interconnectivity and cooperation at all levels.”

Joining the alliance could prove to be a major move for Neo, as it gives it direct access to some of the largest companies in the world. The IWA works on providing the frameworks needed for businesses to create standardized token definitions and smart contracts in non-technical terms, enabling businesses to adopt and employ them without speed and efficiency.

Neo’s main influence will be seen in the Token Taxonomy Framework, a common language and toolset that enables multiple parties to agree on the definition of a token and how its value can be exchanged or used. The company has already started to push forward the development of TTF through its Visual Token Designer, which will enable developers, business analysts, and policymakers to collaborate on developing token standards.

As Neo is anticipating the launch of its newest iteration—Neo3—its founder and CEO Da Hongfei explained what the latest upgrade will bring to the ecosystem.

NEO, Ontology, and VeChain appear to be recovering quickly

Some of the most prominent China-based blockchain projects appear to be recovering quickly after the recent downturn in the market.