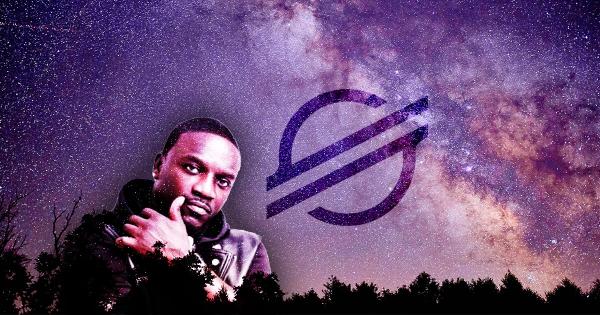 The official launch of this cryptocurrency – called Akoin – marks the next step in the multi-platinum selling artist’s goal of helping to unlock the full potential of the African economy through the use of blockchain technology.

Akon has long been a prominent humanitarian and philanthropist, engaging in multiple successful initiatives to help bring sustainability and equality to developing regions, with his “Lighting Africa” initiative providing solar power solutions throughout 18 countries within Africa.

He now believes that through the use of cryptocurrency and blockchain technology, he can help unlock the massive and largely untapped economic potential within Africa, allowing businesses and entrepreneurs within the region to make their mark on the world.

As for how the Stellar blockchain network can help Akoin achieve this goal, Jon Karas – the co-founder and president of Akoin – explained that Stellar’s hybrid blockchain, coupled with a shared vision of creating global financial inclusion, made it the obvious choice.

“Akoin selected Stellar’s distributed, hybrid blockchain due to a shared vision for creating global financial inclusion, particularly in areas such as Africa.”

Akon, who is the chairman and co-founder of Akoin, explained that Africa is currently their target market due to the fact that he believes this region faces the most challenges presently.

“It’s a global platform that we’re building and Africa is our target market because as we see it now, Africa has the most challenges.”

Despite the adversity that many countries within this region pose to young entrepreneurs and businesses, it is also important to note that the opportunity that exists within Africa is unprecedented.

In addition to having high rates of mobile adoption, Africa’s abundance of youth will make it the largest workforce in the world by 2045.

Akon believes that through Akoin, this rapidly growing workforce will be able to “learn, earn, spend and save,” using their mobile phone and the Stellar-based utility token as a direct portal to the global economy.

By using Stellar Anchors, users will be able to rapidly transition between currencies, empowering them to tap into the global currency and break through the restraints that come with being locked into using one specific fiat currency.