Blockchain-based Dtravel has secured 200,000 property listings in its first 30 days

The decentralized platform has grown to over 2,000 cities worldwide, forging partnerships with property managers including Ministry of Villas and In Residence. 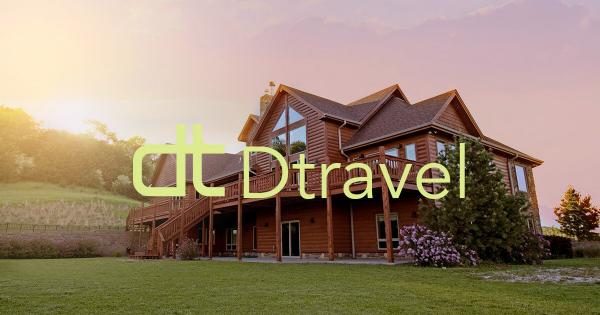 Dtravel.com, the decentralized platform for the home-sharing economy introduced last month by former executives from Airbnb, Expedia, and other travel technology companies, announced today that it had signed on over 200,000 properties in more than 2,000 cities since its launch.

With a goal of listing over one million vacation rentals within its first 12 months, Dtravel is acquiring hosts at a rate 120 times faster than Airbnb, which took 2.5 years to reach 50,000 properties listed.  More partnerships are being finalized and will be announced soon.

“The next generation of hosts want a true sharing economy, not a shareholder economy. Dtravel is the opposite of a centralized company; decision-making power and value within the platform are shared by members of the community, meaning hosts and guests” said Luke Kim, marketing lead at Dtravel, in a statement.

Launched just last month, the Dtravel platform is expected to launch property bookings in the next three months, offering hundreds of thousands of vacation rentals powered by its native token (TRVL) — coming soon to Binance Smart Chain and the Ethereum Network — which is held by all hosts.

TRVL can be used for booking stays, qualifying for rewards and loyalty programs, participating in platform governance, and more. “With travel starting to rebound and a record level of interest in blockchain technologies like cryptocurrencies, Dtravel gives eager hosts what has been missing to date: control and ownership over the booking experience,” said Pieter Brundyn, CEO at In Residence, in the regard.

Samy Karim, a Binance Smart Chain ecosystem coordinator, further added, “Dtravel is an example of how decentralized products will sooner or later replace centralized products. It delivers true asset management ownership without having to pay for it. The Binance Smart Chain (BSC) ecosystem is all about projects that build the bridge between DeFi and real-life utility and we’re thrilled to see DTravel become a part of it.”

The app is governed entirely by its community through the Dtravel Decentralized Autonomous Organization (DAO), leveraging DeFi blockchain technology to facilitate smart contracts.