One of the largest mining companies, Core Scientific is selling mined tokens in June to buy new machines and repay its debt amid the coldest crypto winter ever. 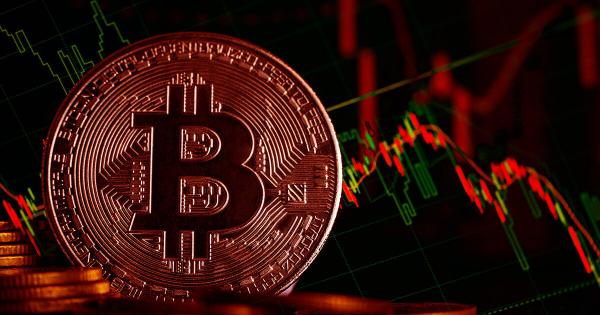 One of the top crypto mining companies, Core Scientific, sold 79% of its Bitcoin holdings in June to survive the bear market. The company sold 7,202 Bitcoins for around $23,000 each, gaining nearly $167 million.

According to the monthly company announcement, Core Scientific used the cash to pay for ASIC servers and scheduled debt. As of June 30, Core Scientific holds 1,959 Bitcoins, which equates to approximately $132 million.

Core Scientific’s CEO Mike Levitt said that the current bear market is putting tremendous pressure on the market, while interest rates and inflation are also surging. He said:

“Our company has successfully endured downturns in the past, and we are confident in our ability to navigate the current market turmoil.

We are working to strengthen our balance sheet and enhance liquidity to meet this challenging environment, and continue to believe that we will be operating in excess of 30 EH/s in our data centers by year-end 2022.”

Core Scientific has over 180,000 servers worldwide and provides nearly 10% of the global computing power. The company also said it would continue to sell self-mined Bitcoins to pay for various expenses in the coming months.

A sell-out trend emerged amongst Bitcoin miners in early June when Bitcoin was traded for just over $30,000. Even then, miners were inclined towards immediately cashing out, as they anticipated a further downfall in the BTC prices.

They were proven correct when a few weeks into June, Bitcoin hit its 18-month lowest. BTC prices went as low as $22,600, causing mining equipment older than 2019 to lose profitability. According to a recently published study, public mining companies had to sell 30% of their BTC reserves during the first four months of 2022 to survive the crypto winter, despite lowering mining difficulty.

Core Scientific is not the only mining company that became public with its financial struggles. Reportedly, Compass Mining failed to pay its $1.2 million electricity bill in June. While the company rejected the allegations, its CEO and CFO have resigned.

FTX’s founder Sam Bankman-Fried has been closely watching the developments on the mining front. Reportedly, he expects the trouble amongst the mining companies to spread and is looking to purchase some of the distressed mining firms.

While the crypto market has seen various winters, the current one is by far the coldest, according to Glassnode. The current bear market is the first where Bitcoin and Ethereum are traded lower than their ATH in the previous cycle.

The report also revealed that June 2022 became the worst-performing month for Bitcoin since 2011. However, bullish sentiment is still visible even under these conditions. The numbers show active addresses, and transaction counts dropped significantly in June. At the same time, hodlers are taking advantage of the affordable prices and buying more than 60,000 Bitcoins per month.

Despite being the coldest winter, the buying rate is the “most aggressive rate in history” so far.