Long touted as an alternative to fiat currencies without the volatility of digital assets like Bitcoin, stablecoins and related companies mushroomed in late-2018; with a lot of projects even getting venture funded. 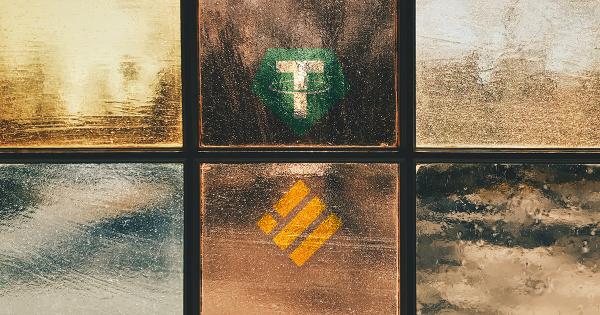 Photo by Daniel McCullough on Unsplash

Long touted as an alternative to fiat currencies without the volatility of digital assets like Bitcoin, stablecoins and related companies mushroomed in late-2018; with a lot of projects even getting venture funded.

However, stablecoin markets may not be limited to trading and remain highly-centralized, onchain research firm CoinMetrics noted earlier this week.

CoinMetrics analyzed the supply and activity distribution of the six most-popular stablecoins, noting most are issued on ERC20, have the same price (the USD), and end up serving the same end users.

The ERC-20 variant of Tether shines as being particularly well distributed amongst its holders. Meanwhile, 6 accounts or less own 80+% of the supply for Gemini Dollar, Binance USD, Tether (Tron), USDK, and HUSD.

The firm said Tether’s ERC20 token, different than its Tron and Omni generated tokens, stood as “particularly well distributed” amongst its holders. This, despite the controversies around Tether’s ownership and true USD reserves.

However, only six accounts were found to own over 80 percent of Binance USD, the Gemini Dollar, Tether (Tron), HUSD, and USDK. The accounts were mainly centered on their respective exchanges, with little use outside of those bourses.

Paxos, a stablecoin project founded in 2018, seemed similar to Tether (ERC20) in terms of distribution, but most of its activity seemed to arise from an alleged Russian Ponzi project.

The two most active accounts on Paxos had direct links to MMM BSC, a global Ponzi scheme known for swindling hundreds of millions of dollars from individuals around the globe since 1990. Since 2012, the firm has operated solely on Bitcoin.

Most active Tether accounts were found linked to some type of a “dividend” payout, even reaching 90 percent on all transactions for Tether’s Tron variant on some days. CoinMetrics noted in this regard:

“Some stablecoins like Paxos and Tether on Tron see a lot of retail-like transactions, probably due to the presence of MMM and other dividend schemes on these assets.”

Coinmetrics noted the supply distributions for all stablecoins assess their extend of usage. Those found on only a few exchanges mean little retail activity apart from trading, while widely distributed tokens, like Tether ERC20, indicate broader usage.

In the firm’s research, USDK stood out with its “strange” supply distribution. Coinmetrics found some 3355 accounts hold USDK, but 94 percent of those hold either $0.5 or $1. All the deposits were made from an OKEx account in July 2019, with “barely any” holder observed spending their balances.

Incidentally, the USDK is owned and issued by OKLink, a subsidiary of OKEx’s parent OK group.

In conclusion, Coinmetrics stated stablecoins are usually “bunched together” and appropriated as a singular entity. However,  the network data, shows all such projects differ and have varying outcomes in supply and activity distribution.

Reports suggest there are over 130 stablecoins in the cryptocurrency markets, including bank-backed projects like JPM coin and exchange issued ones like Binance USD. Understanding these instruments is crucial, in order to build an efficient crypto-market and broader decentralized ecosystem.

Asia Ripe for Stablecoin Adoption in 2019